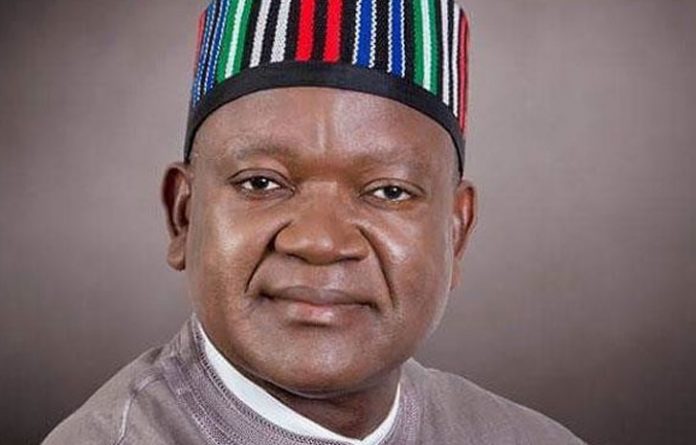 Condemning the raid on the home of Mary Odili, a judge of the supreme court, Ortom described the invasion as “unwarranted and repressive”.Last Friday, security operatives besieged the Abuja residence of Odili.The security operatives had a search warrant purportedly signed by a judge and granted to one Lawrence Ajodo, identified as a chief superintendent of police and member of the investigation team under the asset tax recovery panel of the ministry of justice.

The document also showed that the panel comprises the Economic and Financial Crimes Commission (EFCC), the Nigerian Police Force (NPF), and the ministry of justice.But the EFCC and Abubakar Malami, attorney-general of the federation, denied any involvement in the raid.The warrant, which was revoked afterwards, was also discovered to have an address different from that of the judge’s residence.

Speaking on the invasion, Ortom, in a statement by Nathaniel Ikyur, his chief press secretary, said Odili, as “an unblemished” Nigerian judicial officer should not be brought into politically motivated battles.He said this is the second time agents of the state will be invading the “hallowed homes” of top judicial officers for reasons that cannot be properly understood.The governor said if justices of the supreme court could be easy targets for spurious allegations and subsequent invasion of their privacy without following due process, it is a clear indication that Nigeria is indeed heading in the wrong direction.“The Governor suggests that instead of politicizing attacks on top judicial officers to embarrass and intimidate them to submit to the whims of the Federal Government, it should be ready to obey all court orders in line with the practice in saner democratic climes,” the statement reads.

“He stresses that since Nigeria is practising democracy, all the arms of government must be allowed to function optimally without any infringement of the rights of others.”“He calls on the Attorney General and Minister of justice to immediately order investigations into the invasion of Justice Odili’s residence and culprits are made to face the full wrath of the law.”Usman Baba, inspector-general of police, ordered a probe of the incident.