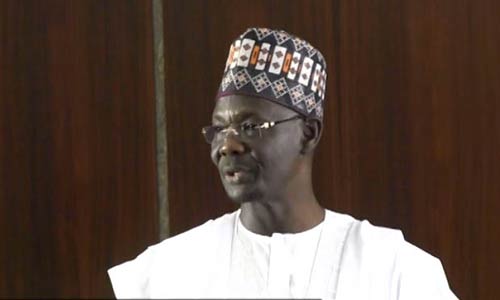 Governor of Nasarawa State, Abdullahi Sule, has said his government will not introduce a law banning open grazing like several southern states have done.

According to him, the approach to addressing the clashes between armed herdsmen and farmers has failed.

The governor, while speaking on Politics Today, a current affairs programme on Channels Television, which was monitored by our correspondent on Monday, stated that the ban had not worked in the states who introduced anti-open grazing law.

Sule noted that members of a suspected terror group that had infiltrated in Nasarawa had been confirmed to be speaking Fulfulde, a language peculiar with the Fulani. He, however, said they might not be Nigerians as there were Fulani in other African countries.On anti-open grazing law, the governor said, “Is it working? I think the question is whether it is working or not. I will tell you that we have done something different; we are not going with the crowd on the anti-(open) grazing law. If you sign the anti-(open) grazing law and the law is not working, is it worth it?“One thing that the Northern Governors (Forum) has decided and we have taken the decision: we said that the current method of open grazing is old-fashioned, outdated and it cannot be sustained.

“It is very easy for Nasarawa State to say within one week, we will go to the House of Assembly and we will have an anti-(open) grazing law. What happens to the Fulani that are moving back and forth? What do you do with them? We kick them out? Let us say we are able to kick them out and they move to the next state, and the next state introduces its own anti-(open) grazing law, then what happens?”Sule noted that while Nasarawa had accepted that open grazing was no more working, it resolved to provide options for the herdsmen, including being the first to adopt the National Livestock Transformation Plan.He added that the state had created six grazing reserves.

On the suspected terror group, he said, “We are concerned but we are not panicking. We are used to this; people coming in. We will handle them.”