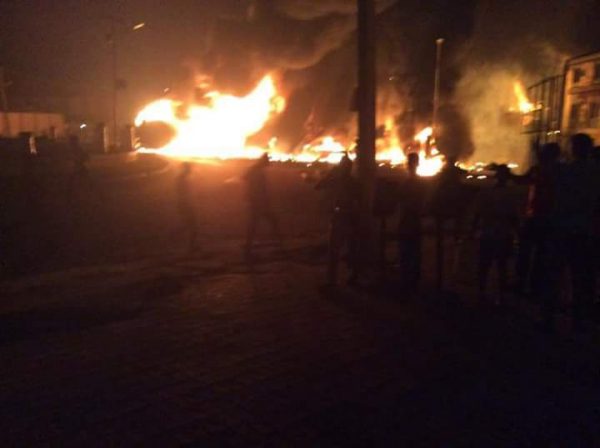 Residents of Gashu’a town, the headquarters of Bade Local Government Area of Yobe State were, on Sunday, thrown into pandemonium following a loud explosion that rocked the town.

Gashu’a is about 188 kilometers north of Damaturu, the Yobe State capital and is the ancestral home of the incumbent President of the Senate, Ahmad Lawan.

The incident was said to have occured at a beer parlour in Abasha area of the town when Muslim faithful were observing late evening prayer.

An anonymous source said that, “we were observing the late evening prayer at 8pm and all of a sudden, we heard a loud explosion and after the prayer, we were told that it was a suspected IED that exploded in the Abasha area”.

Although details of the explosion were sketchy, it was gathered that one person died, while seven others sustained varying degrees of injuries and were evacuated to Specialist Hospital Gashu’a for medical treatment.

As of the time of filing this report, no group has claimed responsibility for the explosion, but many believe that the incident was similar to the ones previously carried out by members of the dreaded Boko Haram group in some parts of the North-East region.

The incident is coming less than a week after Boko Haram terrorists infiltrated Geidam town in the night, where they killed about eleven people.

Also recently, two bomb explosions rocked some parts of Jalingo, Taraba State within a week, leading to the death of many persons, while several others sustained injuries.