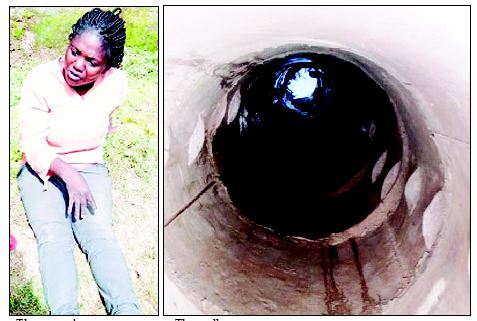 A middle-aged woman who just returned from Oman yesterday threw her two daughters into a well in Osogbo, the Osun State capital.The woman simply identified as Omowumi told her daughters Darasimi, 8, and Nimisire, 5, to follow her to the well in the Ibuaje area of the city.

She then reportedly grabbed the eldest daughter first, then the younger one and hurled them into the well, one after the other. A resident told our correspondent, “The police have arrested the woman after the incident. The woman told the mob that she was frustrated. She is mentally unwell. She just returned from Oman.”

Spokesman of the state fire service, Ibrahim Adekunle confirmed the incident.“Efforts are underway to get the children out of the well but at the moment, we are yet to do so.” Police spokesperson Yemisi Opalola confirmed the incident, saying, “the woman is suspected to be of unsound mind.”