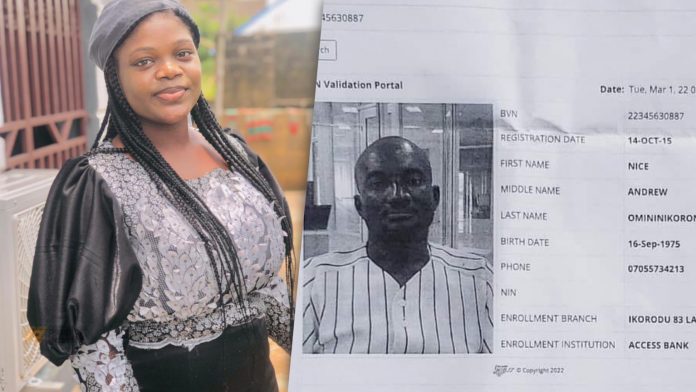 The Lagos government has again promised not to leave any stone unturned in the prosecution of Andrew Ominikoron, the BRT driver accused of murdering Oluwabamise Ayanwola.

It was reported that Mr Ominikoron denied raping and murdering the deceased, who boarded his BRT at Chevron, Lekki, sometime in February.

In a statement issued on Sunday, the permanent secretary, Lagos State Ministry of Justice, T.K Shitta-Bey, said the trial was ongoing and being handled by the attorney general of Lagos, Moyosore Onigbanjo.

Ms Shitta-Bey assured the Ayanwola family that the state will ensure that justice is served in the case, and commiserated with the family over the death of Ms Ayanwola.

“As we approach the first posthumous birthday of Oluwabamishe Ayanwole, the Lagos State Government again empathises with the family on the incident that led to the untimely death of their loved one.

“The Government wishes to reiterate that it will, through the Ministry of Justice, leave no stone unturned in ensuring the diligent prosecution of the Defendant- Andrew Nice Ominikoron,” Ms Shitta-Bey said.

Ms Shitta-Bey added that “Towards fulfilling this obligation, the Defendant was arrested by the Police on the 7th of March, 2022.

“A five-count charge, which includes the offences of Murder, Rape, Conspiracy to Commit a Felony and Sexual Assault, was preferred against the Defendant and he has since been arraigned before Justice Sherifat Sonaike of the High Court of Lagos State on 22nd of March 2022.

“In the proof of evidence, the State lined up nine (9) witnesses to testify. Trial commenced on the 9th of May, 2022 and from the time of arraignment till date, the case has come up eleven (11) times. The State has called seven (7) witnesses with thirteen (13) exhibits tendered.

“PW7 whose examination-in-chief was concluded on 31st day of October, 2022 is now being cross examined by defence counsel and the case stands adjourned till 5th of December, 2022 for continuation of trial.

“The matter is being personally handled by the Honourable Attorney General & Commissioner  for Justice, supported by the DPP and a team of lawyers from the office of the DPP in demonstration of the importance and priority given to the case by the State.

“The family of Oluwabamishe Ayanwole is represented by Mr. Adeshina Ogunlana or counsel from his chambers. The Nigerian Bar Association (NBA), Lagos Branch, also sends a legal team to observe the proceedings.

“Remarkable progress has been made in the matter and the State has demonstrated its readiness and determination to ensure the matter is prosecuted to its logical conclusion by ensuring that all its witnesses are available and ready to testify.

“Between the date of arraignment (March 2022) till date, 7 witnesses out of 9 have testified.

“The family of the deceased as well as members of the public are hereby assured that the trial of the Defendant is ongoing and the Lagos State government will not relent in its effort to ensure that justice is speedily served in the case,” she added.