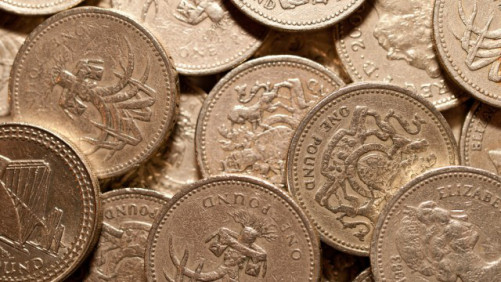 The old pound coins end date has arrived. You have just hours to spend your old currency, or take them to a bank, before the cut off point at midnight to make way for the super secure new currency. The high-tech new pound coins entered circulation in March Around 300 million were released in the first wave and the remaining 1.5 billion coins have been rolled out in stages over the past seven months. Both are still legal tender until Sunday 15 October, at which point, the old round design will no longer be accepted at shops or businesses across the country.

However, it doesn’t seem we’re ready for the old pound coins to stop. A report at the end of September estimated there were still £500m worth of them in people’s possession.

And a number of retailers have said they are flouting the rules, announcing they will continue to accept the old currency until at least the end of the month. Tesco was among the first to make the announcement, followed by Poundland and Greggs. Aldi then become the latest supermarket to follow suit.

When is the old pound coins end date?

There are said to be 30 billion coins in circulation in the UK, with around 1.6 billion being £1 coins. The design hadn’t changed since the coin was introduced in 1984 and, as a result, the old pound coin became incredibly easy to fake. It is believed that one in every 30 coins, or 45 million, is counterfeit.

Dubbed “the most secure coin in the world”, the new pound coin by comparison is 2.8mm thick, making it thinner than the 3.15mm round pound. It weighs 8.75g, down from 9.5g, and its diameter measures 23.43mm making it slightly larger than the round coin which has a diameter of 23.4mm.

The new pound coins feature a hologram-style image that changes from a ‘£’ symbol to the number ‘1’ when turned and viewed from different angles, and they contain lettering on the lower inside rim on both sides of the coin. These letters spell out “one pound” on the obverse, or heads side, with the year of production engraved on the reverse tails side.

Elsewhere, there is a new portrait of the Queen – the fifth coin portrait of her reign on the heads side – and on the tails side is an English rose, Welsh leek, Scottish thistle and Northern Irish shamrock, designed by 15-year-old David Pearce.

How are the new pound coins so secure?

The new pound coins feature a hidden and top secret, “high-security feature”, which the Royal Mint is understandably not revealing details of. “It’s something you need a machine to detect,” it said at the time of launch. “It is currently impossible for those counterfeiting coins to copy – it’s not difficult to do, it’s impossible”.

It is believed this feature, similar to one that has been seen previously on bank notes, includes a layer of metal on the surface that contains pigments which form a “secret binary code”. The code can only be read using a specific frequency of ultraviolet light installed in the Royal Mint’s fake coin detection machines.

The two-tone design, its weight and the hologram are also difficult to replicate.

What can I do with my old pound coins?

Until the old pound coins deadline on Sunday, you can spend them in shops as you would do normally. You can also take them to your local bank or Post Office and swap them for the new design.

Chris Reilly Managing Director of MyVoucherCodes told Alphr: “It’s worth noting that the trading of pound coins works both ways, so if you do receive an old coin from a business or cashier after midnight of 15 October you can request a new coin or alternative change.

“Some business have come forward to say that they will still accept the old coins after the deadline, however I would encourage people to trade them in as soon as possible to avoid any potential losses.”

From 16 October, you will not be able to spend the old pound coins and swapping them will be your only option – unless you want to keep them for sentimental reasons.