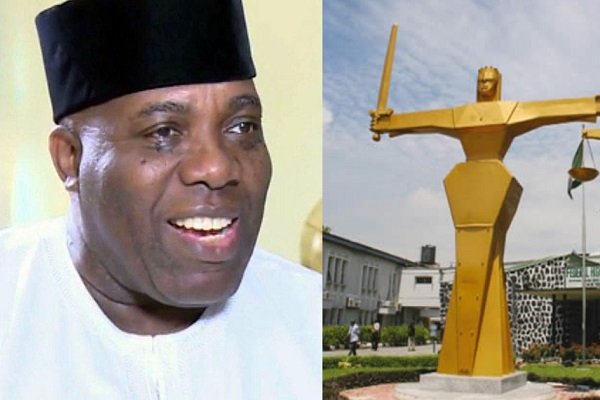 The Director-General of the Labour Party Presidential Campaign Council, Doyin Okupe, has been sentenced to two and half years for breaching the Money Laundering Act.

It was reported that Okupe was convicted of the offence on Monday by a Federal High Court in Abuja.

Before his sentencing, Doyin Okupe’s wife and son had begged presiding Justice Ijeoma Ojukwu to tamper justice with mercy on his sentencing.

Omolola and Adesunkanmi Okupe spoke as witnesses shortly after the court reconvened following the defendant’s conviction of breaching the Money Laundering Act.

Justice Ojukwu, in a judgment, held that Okupe was found guilty of contravening Sections 16(1)&(2) of the Money Laundering Act, for accepting cash payments without going through a financial institution, in excess of the threshold allowed under the Act.

Okupe was said to have received N240 million in cash from the office of the former National Security Adviser (NSA), Col. Sambo Dasuki (retired).

Besides the wife and the son that testified to Okupe’s good character and honesty before the court, Dr. Chukwuemeka Ezeife and former Director-General of the National Orientation Agency (NOA), Dr. Idi Farouk, also gave their evidence and appealed for leniency.

The judge had, earlier, stood down proceedings for Okupe to exercise his right under Section 310 of the Administration of Criminal Justice Act (ACJA) to call witnesses to testify about his character, before the court could proceed to pronounce sentence on the convict.