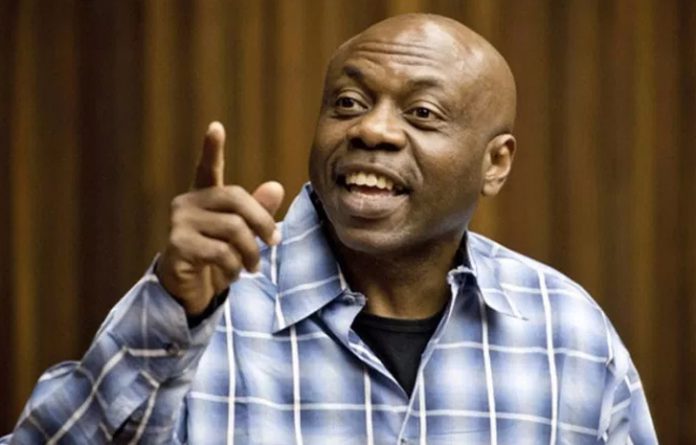 Okah, Nwabueze, Edmund Ebiware and Tiemkemfa Francis-Osvwo (aka General Gbokos) were first arraigned before the court on December 7, 2010 over their alleged involvement in the October 1, 2010 blast, which left about 12 people dead, and several others injured.

Francis-Osvwo died later in prison custody, while another, Ebiware, who had his trial conducted separately, is serving life sentence upon his conviction in 2013, leaving Okah and Nwabueze to await trial.

At Wednesday’s trial, Boloebi mounted the witness box as defence witness (DW2), while Okah was DW3.

Led in evidence by Samuel Zibiri, defence counsel, the DW2, who said he lived in Canada, admitted making his witness statement on oath on October 7, 2017.

He identified the statement and sought it to be tendered in evidence, which the prosecution counsel, Alex Izinyon, did not raise objection.

Upon cross-examination by the prosecution counsel, the defence witness admitted that he did not attach his admission letter to the course he was given to study.

Boloebi also told the court that the father gave him the sum of $13,000 USD for expenses.

He stated that after his arrest and release by the Department of State Security, “I travelled to Canada because nothing incriminating was found on me”.

On his part, Okah in his evidence in chief tendered his statement in evidence.

They include office copy of proof of evidence between Federal Republic of Nigeria vs Henry Okah July 2008; photocopy of data passport of ECOWAS international passport issued to Henry Okah; photocopy of affidavit deposed to on 5th July, 2011, and a brochure.

Though the prosecution counsel did not object to the admissibility of the documents, however, he said he reserved his objection until the stage of addressing the court.

He pointed out that he was served with the affidavit of Okah on Wednesday.

The defence counsel opposed Izinyon’s position, insisting he either objects to it or accept its admissibility.

Ruling on the issue, the court said the stance taken by Izinyon sounded “unusual”, and therefore agreed with Zibiri that the documents be admitted.

However, the court said parties would address it on the issue when the time comes.

In view of this, the prosecution sought for an adjournment to prepare for the cross-examination of Okah.

The trial has been adjourned to October 24.

Justice Kolawole had on June 1, dismissed Okah ‘s no-case submission and ordered him to open his defence.

On July 5, Okah opened his defence in the terrorism charges filed against them by the Federal Government.