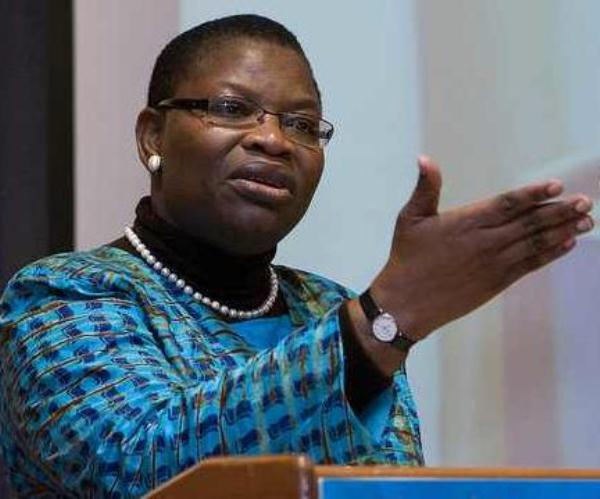 Oby Ezekwesili, leader of the Bring Back Our Girls Campaign and former Vice President of World Bank, has weighed in on the controversial statement ascribed to President Muhammadu Buhari about prioritizing the North-Eastern part of the country over other regions.

The former Vice President of World Bank said president Buhari’s statement was taken out of context as it is one of the policies of World Bank to give more attention to post-conflict zones like the north-east. But, she blamed Femi Adesina, Special Adviser to the president on media and publicity, on how his team attempted to handle the misunderstanding.

The World Bank President, Jim Yong Kim, had said in a press conference in Washington DC that President Buhari requested concentration of the bank’s intervention effort in the northern part of Nigeria. Critics lashed out on the Nigerian president, accusing him of being a regional leader.

In an attempt to correct the perceived misunderstanding of Kim’s statement and calm the uproar it has generated against the person of President Buhari, Mr. Adesina released a statement wherein he labeled the president’s critics as “ignorant and mischievous”.

In a series of tweets addressing the issue, Ezekwesili said; “the terrible indecorous press release by Femi Adesina worsens a fractious debate. This FG cannot be leaders of toxicity in public debate. Healthy debates are important for managing our diversity. The government of President Buhari should reign in his media team and retrain them to be effective.

She explained that “as a practice, post-conflict zones e.g. Northern Uganda, Northern CAR, Eastern DRC receives special focus from World Bank. As the destabilization in the north-east worsened human development indicators in north-east Nigeria, our country sadly joined that list”.

Ezekwesili said the prioritization of the north-east in the discussion between President Kim and President Buhari is not unusual, adding that it was an outcome of a 2015 meeting among development partners on how best to stabilize north-east. She said it does not mean that other region in the country would be neglected.

“Prioritizing reconstruction of a post-conflict zone in any of those countries factually proved to be key for rest of the countries’ growth and stability. The benefit of becoming a priority is that our knowledge program (Economic and Social Studies) and a sizeable portion of the loan will target the area.