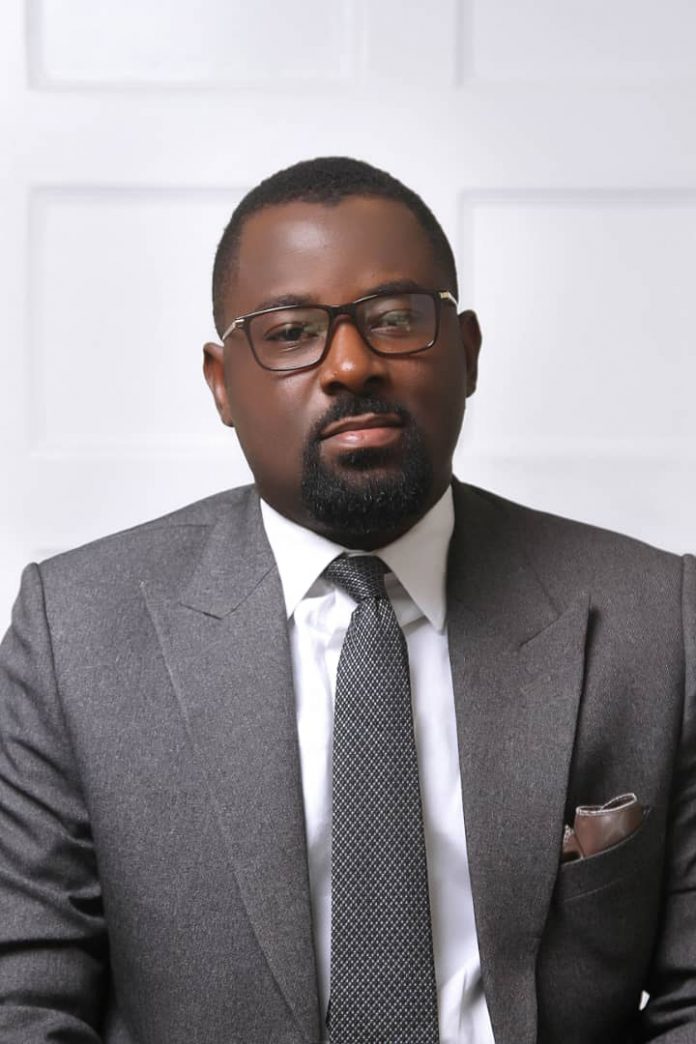 A NEED FOR A REVIEW OF OUR REGULATION

In a recent Judgment which was delivered by the Nigerian Court of Appeal on the 14th of May 2021in a case constituted as App No: CA/L/174/19-FEDERAL REPUBLIC OF NIGERIA v. CHIEF MIKE OZEKHOME SAN; the Court upheld the Ruling of the Federal High Court which held that an earlier exparte order of the Federal High Court which froze the account of the Respondent to the appeal was improperly procured and was therefore rightfully discharged.

A review of the facts surrounding the procurement of the afore-mentioned order and the subsequent vacation of the order clearly indicates that the rationale for the decision of the Court of Appeal accords with logic. The Court of Appeal held that the Appellant (as Applicants at the Court below) had suppressed material facts in the exparte application with which it procured the order freezing the account of the Respondent.

However, on page 27 of the Judgment, the Court proceeded to make a significant pronouncement on the absence of an obligation on Nigerian Legal Practitioners to ascertain that professional fees paid for services rendered are not derived from unlawful activities or a criminal enterprise. The Court specifically held as follows:

“ The learned counsel to the Appellant had argued that the Respondent ought to have known that the source of money paid to
him as professional fees were from an illicit act or “proceeds of unlawful activities. No doubt a Legal Practitioner is entitled to his fees for professional services rendered and such fees cannot be rightly labeled as proceeds of crime. Further, it is not a requirement of the law that a legal practitioner would go into inquiry before receiving his fees from his client, to find the source of the fund from which he would be paid.”

This article seeks to review the state of our Laws (statutory and case law) and the applicable rules of professional conduct, as it relates to acceptance of briefs and the obligation to ascertain that funds charged and received as professional fees by Lawyers in Nigeria, are not derived from unlawful activities in comparison to global trends and what conforms with international best practice.

This review is of particular interest considering that the client in question in the case under review was a serving executive Governor of a State in Nigeria and therefore was a “Politically Exposed Person”. The general perception is that a lawyer is an honest person with impeccable character. In the preface to the book, “Ministering Justice”, the authors (Olasupo Shasore SAN & Akeem Olajide Bello)i described the practice of law as a profession, as a call to public service.

Law works at the pleasure of society and therefore should work for society. Invariably, this trickles down and is reflected in the high and lofty ethical standards which Lawyers are expected to maintain at all times, as key stakeholders in the administration of Justice within Society. In describing this necessary attribute of a Lawyer and his duty to Society, the Hon.
Justice Pat-Acholunu J.C.A (as he then was) stated as followsii:

“ In a free society (which we claim to belong), it is the duty of lawyers to show enviable leadership by the way they conduct their cases with courage and elegance. They must realize that being officers in the temple of justice, it behoves of them to seek the supreme welfare of promotion of justice, the growth of jurisprudence…“ Issues connected to the Lawyer’s remuneration and professional fees are stipulated in Rules 48 to 54 of the Rules of Professional Conduct 2007. There is no provision in the Rules that require a Lawyer to ascertain the source of funds provided to pay his fees by a prospective client.

Therefore, the Court of Appeal’s pronouncement in the Chief Mike Ozekhome SAN case would appear unimpeachable based on
the applicable regulations. It is instructive to note that a comparison of the applicable rules in Nigeria with other climes, particularly the United Kingdom and the United States of America, clearly indicates that we may be lagging behind in the progressive efforts being made globally towards ensuring that Lawyers are not utilized for money
laundering schemes.

It is also unhelpful that the most significant legislation on Money Laundering in Nigeria (Money Laundering Prohibition Act, 2001(“MLA”), which specifically listed Legal Practitioners in the definition of “designated non-financial institutions” has since been judicially determined to be inapplicable to Lawyers. This position was affirmed by the Court of Appeal in the case of CENTRAL BANK OF NIGERIA v. REGISTERED TRUSTEES OF THE NIGERIAN BAR ASSOCIATION, iii where the Court upheld the decision of the Federal High Court which held that Legal Practitioners are excluded from the definition of designated non-financial institutions as contained in the MLA and therefore not required to register with the Special Control Unit Against Money Laundering (SCUML).

In urging the Court to nullify the provisions of Section 5 and 25 of the MLA, the Nigerian Bar Association “NBA” (as Plaintiff at the Federal High Court and Respondent at the Court of Appeal) contended that the inclusion of Legal Practitioners in the
the definition section of the MLA makes the law incongruent, in conflict and repugnant to the provisions of the existing law regulating the practice of law in Nigeria, especially as it relates to accountability and professional obligations to
clients under the Legal Practitioners Act of 1976.

In order to fully understand and underpin the real issue in controversy in the aforementioned case of CENTRAL BANK OF NIGERIA v. REGISTERED TRUSTEES OF THE NIGERIAN BAR ASSOCIATION, it is pertinent to summarize the import of the
classification of a Legal Practitioner as a non-designated financial institution. By virtue of the provision of Section 5 of the MLA, all non-designated financial
institutions are required (amongst others) to keep a record of all cash transactions involving a sum exceeding US$ 1, 000. 00 (One Thousand Dollars) and are periodically required to submit a report of such transactions to the Ministry of Trade and Commerce. A designated non-financial institution that fails to comply with the provisions of the Law is liable to be convicted and exposed to the possibility of the suspension or revocation of his/her license.

In pushing its contentions against the inapplicability of Section 5 of the MLA to Legal Practitioners, the NBA placed heavy reliance on the import of the provisions of Section 192 of the Evidence Act, 2011 which protects privileged
communications between Lawyers and Clients.

On the other hand, the CBN (as Respondent at the Federal High Court and Appellant at the Court of Appeal) argued that Section 192 of the Evidence Act does not address the mischief which Sections 5 and 25 of the MLA seeks to address and curtail. Whilst, Section 192 of the Evidence Act provides an exception to the rule of confidentiality when a client has committed a crime, Section 5 of the MLA merely creates an obligation of record-keeping and active reporting of a certain
threshold of cash transactions relating to their clients.

In the former, the commission of a crime or illegality by the client is envisaged, while in the latter, the purpose is to identify the source, volume, and movement of money with the overall objective of PREVENTING or DETECTING funding of drug trafficking,
terrorism and other illegal activities to which the Legal Practitioner may knowingly or unknowingly be an accessory to.

As indicated, the Court of Appeal eventually ruled in favor of the NBA by holding that the provisions of Section 5 and 25 of the MLA, insofar as they purport to apply to Legal Practitioners are invalid, null, and void. The jury is still out on how an appeal
to the Supreme Court would have turned out; as it appears no appeal was filed against the decision.

The State of Affairs in the United Kingdom Comparatively, between 2002 and 2020, series of legislations were passed in the
United Kingdom as part of measures to tackle money laundering. One of such legislation was the Proceeds of Crime Act, 2002.

Based on this Statute, all professionals are mandatorily required to file what is termed a “Suspicious Activity Report” on any suspicious activities observed during the course of engagement with clients, to the National Crime Agency.

The legislation was provocative because it required Solicitors to become whistleblowers, whilst equally gagging them from disclosing to their clients that they had turned undercover informants.

It was legislation that stayed despite the widespread shock which was expressed at its passing because the Solicitors Regulatory Authority, already had a basic code of conduct that deemed integrity as the most important requirement in the code of conduct.

The underlying reason for the legislation at the relevant time was that the United Kingdom was seen as a
high risk jurisdiction for money laundering with law firms and solicitors seen as an attractive conduit, because of the position of trust they hold. Failure to file a preemptive SAR (Suspicious Activity Report) could expose a Lawyer to Criminal Prosecution under the Proceeds of Crime Act.

Other similar legislation which Solicitors practicing in the United Kingdom are required to understand and adhere to include:

(1) The Money Laundering and Terrorist Financing (Amendment) Regulations 2019, and

(2) Terrorism Act 2000. The SRA has consistently encouraged law firms as part of their KYC obligations to ensure that they understand the source of their client’s wealth and funding before facilitating any transaction or accepting instructions.

UK law firms are required to scrutinize transactions undertaken throughout the course of the relationship with a client, including the source of the funds to ensure that the transactions are consistent with the relevant person’s knowledge of the customer, the customer’s business and risk profile.iv. In spite of the foregoing, the SRA is of the view that the current checks being made by most of the firms in the UK are not enough. Mark Boyle, who is the policy lead on anti-money laundering for the SRA, in addressing the SRA’s annual compliance conference which held in December 2020 advised law firms to prioritize the training of their staff as they are “arguably the only line of defense against being used for money laundering”. He also indicated that the SRA is likely to request for further information and scrutiny about measures being put in place to combat risk.

Bottom Line The current state of laws and the regulations which relate to the practice of law in Nigeria clearly indicate that we are not at par with the applicable regulations in the United Kingdom. The recent pronouncement of the Court of Appeal in the
Chief Mike Ozekhome SAN case is discomforting and unduly exposes international transactions emanating from Nigeria to additional scrutiny, as it presupposes that there are no applicable internal mechanisms, which ensure that Nigerian Lawyers
are not unwittingly utilized for money laundering schemes. Potentially, international financial institutions would hold the view that Nigeria should remain or be re-introduced on the list of high-risk countries.

Mayowa Owolabi is a Senior Partner at Pistis Partners LLP