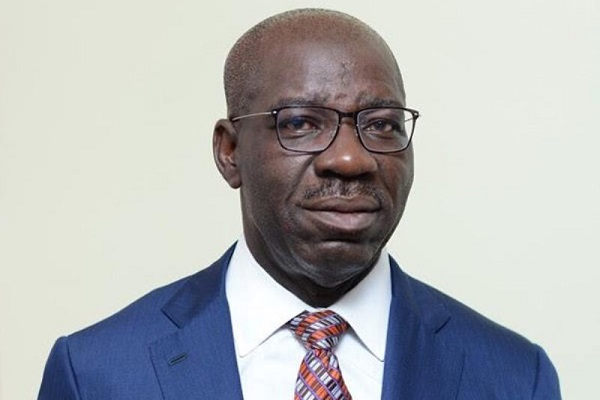 Edo State Governor Godwin Obaseki’s-initiated meeting of stakeholders of the Peoples Democratic Party (PDP) at the Government House, Benin at the weekend was not for harmonisation, ahead of the party’s national convention at the end of this month, but for Obaseki to take charge of the affairs of the party in the state.

Some stakeholders of Edo PDP, who spoke in confidence yesterday in Benin, wondered why Obaseki decided not to extend invitation to the meeting to the former Chairman of the party in Edo, Chief Dan Orbih, who is the National Vice Chairman, Southsouth of PDP, and the party’s state Secretary, Hillary Otsu.Orbih, Otsu and many other leaders of Edo PDP did not attend the stakeholders’ meeting, where sources revealed yesterday that Obaseki said that as the leader of the party in the state, he had taken charge of the affairs of PDP in Edo, giving one week ultimatum for leaders of the party across the state to integrate members of the All Progressives Congress (APC), who defected to the PDP with him on June 19 last year.

Otsu, later in a statement, disclosed that a list of the 233 PDP stakeholders invited to last Saturday’s meeting was compiled by himself and the Secretary to Edo State Government (SSG), Osarodion Ogie, based on defined categories, but expressed surprise that the list that was circulated before the meeting did not represent the full list, as compiled.Edo secretary of PDP said: “Some names (of stakeholders) were left out, despite belonging to the categories of invitees that were identified. Essentially, the final fist was not endorsed by me, before it was circulated.”Shortly after the stakeholders’ meeting, which was attended by Obaseki; his deputy, Philip Shaibu; and some top PDP leaders in the state, Edo governor’s Special Adviser on Media Projects (Crusoe Osagie), in a statement, claimed that the forum was for harmonisation.Obaseki, speaking with reporters after the meeting, according to Osagie, said: “PDP is organising its convention at the end of this month, and this meeting is to prepare us for the convention. There were few house-keeping issues that we needed to discuss and clear. So, it was important to get everybody across the divide to have a session like this, to get feedback and also take decisions on what to do and make progress in the state.“The meeting went well, as our members are glad that PDP is back at the Government House in Edo State.

The members commit themselves to supporting the work of the government, this administration and leaders of the party. We want to ensure that we provide the services that we promised our people during electioneering.”Members of Aziegbemi-led SWC of Edo PDP, however, kicked against Obaseki’s plot, and reported him to the National Working Committee (NWC) of the party, while declaring that the only condition for harmonisation would be the resignation of Edo deputy governor and his replacement by one of the old members of the PDP.Obaseki eventually divided Edo SWC of PDP, which subsequently suspended Aziegbemi, with the suspension described as illegal and unconstitutional by most stakeholders of the party nationwide, while the state chairman of PDP in Edo was later reinstated.