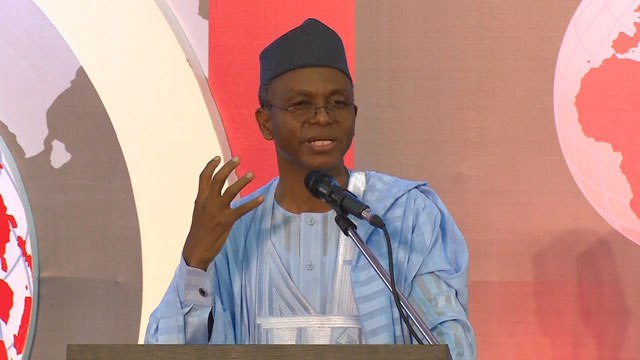 Kaduna State Government had conducted an examination for primary school teachers in the state and said 68 per cent of the teachers (20,000) did not pass the Primary Four pupils’ exam at excellent level.

Malam Yahaya Abbas, NUT Chairman in Zaria Local Government Area, told the News Agency of Nigeria (NAN) in Zaria yesterday, that the teachers were compelled to seek God’s intervention over the planned sack.

Abbas said: “Majority of our members here are Muslims and we do not have anywhere to lodge our complaint, except to our creator.

“Therefore, we intend to start a three-day fasting on October 17, in addition to prayers, to seek God’s intervention on the planned mass sack of our members whom government said did not pass its examination.

“There is no way for everybody to score “A” grade in an examination; that is 75 per cent; this is not what was agreed with the union representatives.

“The agreement was that the pass mark should be 60 per cent, not 75 per cent. Again, the result of the examination is not yet out, but government said it will sack 20,000 teachers.”

He said that the government still owed some teachers salary arrears of between three months and 13 months, while some of them were being underpaid.

According to him, the primary schools across the state are understaffed, hence, the need for government to recruit more teachers instead of sacking the existing ones.

“I can assure you that there is one female teacher who teaches 200 pupils in a class due to shortage of teaching staff.

“Again, sacking of experienced teachers and recruiting new ones is not the solution because anybody who bagged a National Certificate in Education or degree in the last 10 years must have been taught by these categories of teachers.

“Therefore, if the government argued that the present calibre of teachers are not qualified, then, how do you expect their products to be better than the teachers?” he asked.

Abbas said that Governor Nasiru el-Rufa’i had promised not to terminate the appointment of any teacher, but those who performed below expectation in the exam would be subjected to training.

“Initially, Governor el-Rufa’i said he would never sack any teacher, but he would ensure that those who failed the exam were given the necessary training to catch up.

“According to him, those who cannot catch up will be given another duty, but we do not know what happened that he changed his mind and descended on the teachers,” Abbas noted.

The chairman said that as responsible unionists, the teachers did not intend to go on rampage or embark on strike. “Instead, we have resolved to take the matter to our creator for quick intervention,” he said.

In a related development, members of the Academic Staff Union of the College of Education (COEASU), Ilorin said they had embarked on prayer and fasting to ensure payment of their outstanding salaries by the Kwara State Government.

The chairman of the union, Saba Daniel, told the News Agency of Nigeria (NAN) yesterday in Ilorin that they went spiritual because the state government was yet to address the issue.

“We are still waiting because the issue is yet to be addressed, so we have resorted to fasting and prayers.

“The suffering is too much for our members because most of us can no longer cater for our families or send our children to school. Non-payment of salary is a silent killer, so we are pleading with the state government to meet our needs and settle us,” Daniel said.

He, however, said that the decision to either call-off the strike or continue with it depended on members of the union.

In his reaction, the Senior Special Assistant to the Governor on Media and Communications, Muideen Akorede, said the subvention for the college for the last quarter would soon be released.

“The issue is not about prayers, Governor Abdulfatah Ahmed has pledged to settle all outstanding salary arrears to state-owned tertiary institutions in this last quarter,” Akorede said.