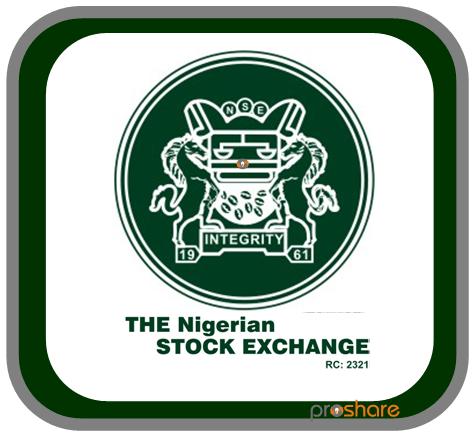 The Nigerian Stock Exchange (“NSE” or “The Exchange”) is pleased to announce the election of Mr. Abimbola Ogunbanjo as the new President of National Council of the Exchange. This decision was reached at The Exchange’s National Council meeting held immediately after its 56th Annual General Meeting on September 25, 2017.

Mr. Ogunbanjo took over from Mr. Aigboje Aig-Imoukhuede, CON, who has completed his three-year tenure as President of Council of the Exchange. However, Mr. Aig-Imoukhuede will continue to serve on the National Council as an ex-officio member pursuant to The Exchange’s Article of Association.

Mr. Ogunbanjo joined the National Council of The Exchange in 2011 and has been the First Vice President since 2014. He is the Chairperson of the Demutualization Advisory Committee of the NSE. He currently serves as the Managing Partner of the renowned leading corporate law firm of Chris Ogunbanjo & Co (Solicitors). Mr. Ogunbanjo serves on the boards of several multinational corporations and non- profit organizations including Beta Glass PLC and the Advisory Board of the University of Buckingham Centre for Extractive Studies. He is the former Country Director and Legal Adviser of the oil giant ConocoPhillips and oversaw the recent divestment of the corporation’s upstream assets in Nigeria. He is a member of the International Bar Association, Nigerian Bar Association, Institute of Petroleum and a registered Capital market consultant with the Securities and Exchange Commission, Nigeria. Mr. Ogunbanjo acquired his first degree in Business Administration with Honours from the prestigious American College of Switzerland, Switzerland. He proceeded to the University of Buckingham, Buckingham where he obtained his law degree.

In the same vein, Mr. Abubakar Balarabe Mahmoud SAN, current President of the Nigerian Bar Association (NBA) and one of the founding partners of the law firm of DIKKO & MAHMOUD was elected as First Vice President while Mrs Catherine Echeozo, former Deputy Managing Director of GT Bank, was elected as Second Vice President.

Commenting on the recent development, Mr. Aig-Imoukhuede said, “I am delighted that our robust succession planning framework has ensured the emergence of a worthy successor in the person of Mr. Abimbola Ogunbanjo. His background as a legal practitioner and successful corporate player combined with years of meritorious serv ice as a Council member has equipped him with the knowledge and experience required to take the Exchange to higher levels of performance and development”. The Chief Executive Officer of the NSE, Mr. Oscar N. Onyema, OON, thanked the outgoing President, Mr. Aig-Imoukhuede for his immense contributions, commitment and distinction in service. “Mr. Aig-Imoukhuede brought hands-on experience and business expertise to the Council which contributed to the development of the Exchange despite the harsh economic and policy environment that characterized his tenure”.

He also said that “The election of Mr. Ogunbanjo brings continuity and ensures that The Exchange will continue to deliver on its strategic objectives. NSE has already benefitted greatly from his broad experience and his contributions as the First Vice President of our Council. I look forward to working closely with Mr. Ogunbanjo in our journey to becoming Africa’s foremost securities exchange”.

On his part, the new Council President, Mr. Abimbola Ogunbanjo said “I am honoured to be elected President of the National Council of The Exchange. Taking the reins of leadership of this foremost Exchange is made easier by the transformational groundwork laid by my predecessor. I would like to thank the outgoing Council led by Mr. Aig-Imoukhuede for their stewardship of the Exchange over the last three years”.

“I have worked closely with my predecessor in pursuing our collective vision and building a world class exchange. Together with the other Council members I now look forward to the successful implementation of the transformative initiatives articulated in our 2018 – 2021 corporate strategy”. The governance of The Exchange is vested in its Council which directs The Exchange’s business and financial affairs, strategy, structures and policies; monitors the exercise of any delegated authority; and deals with challenges and issues relating to corporate governance, corporate social responsibility and corporate ethics.