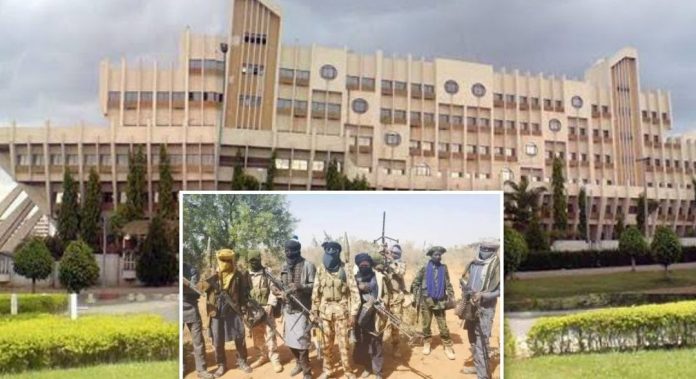 The Defence Headquarters says the troops of Operation Hadarin Daji have eliminated a notorious bandit kingpin identified as Mr Bada at Yar Tashar village in the Maru local government area of Zamfara.

Its spokesman, Musa Danmadami, disclosed this in a statement on Monday.

The defence headquarters said the troops killed the bandit kingpin while responding to an attack on farmers harvesting their produce.

According to the statement, Mr Bada attacked the Yar Tashar village market and killed some farmers on October 13.

It further stated that the troops had also, on Sunday, responded to the bandits’ attack at Gamraki village, Kwatarkwashi District of Bungudu local government area of the state and rescued the kidnapped victims.

He said the troops also neutralised one bandit while others fled with gunshot injuries and recovered arms and ammunition in the encounter.

“Troops recovered one motorcycle, some weapons and valuables. The military high command commends troops of Operation Hadarin Daji and encourages the general public to avail troops with credible and timely information on criminal activities,” the statement explained.