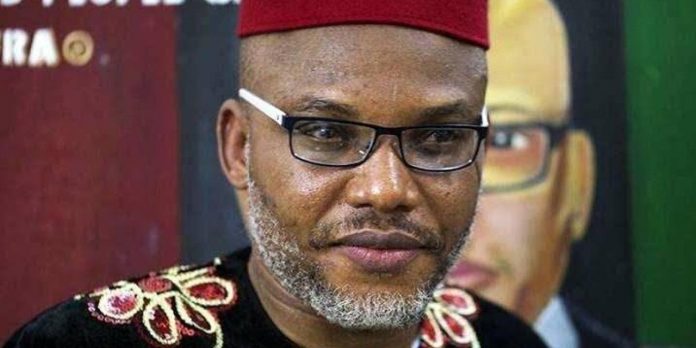 Ifeanyi Ejiofor, counsel to the leader of the Indigenous People of Biafra (IPOB), Nnamdi Kanu, has vowed to challenge the new order by the Court of Appeal which granted the Nigerian government application to retain Kanu in detention.

Recall that a three-man panel of judges of the appellate court on 13th October ruled that Kanu’s rendition from Kenya by the Nigerian government was illegal.

The judges quashed the government’s terrorism and treasonable charges against Kanu, discharged and acquitted him and ordered his immediate and unconditional release from the custody of the Department of State Services.

However, the government through the Attorney-General of the Federation and Minister of Justice (AGF), Abubakar Malami, insisted that Kanu could not be released. The federal government thereafter filed an application for the stay of execution of the Appeal Court ruling as it appealed the judgment at the Supreme Court.

On Friday, the Appellate Court made a U-turn and granted the government’s order that Kanu be retained in DSS custody.

Reacting to the reversed order by the Appeal Court, Ejiofor raised concerns about the circumstances surrounding the reversed ruling saying they served notice of the case “barely 45 minutes before the time slated for the Ruling.”

In a statement, Ejiofor said, “Application for the stay of execution of the Judgement of the Court of Appeal, pending the determination of the Appeal filed before the Supreme Court was today, granted by the same Court of Appeal., though presided over by an entirely new panel of Justices.

“In granting the application, the Court however directed the parties to settle records and transmit the same to the Supreme Court within seven days, to ensure accelerated hearing of the Appeal.

“Be also informed that we will challenge today’s Ruling of the Court of Appeal staying the execution of its judgement after conferring with the Lead Counsel – Chief Mike Ozekhome, SAN.

“Without any prejudice to the integrity of the Learned Justices that delivered this Ruling, the fact that Hearing Notice on such a crucial/sensitive Ruling was served on us barely 45 minutes before the time slated for the Ruling, is pregnant with meaning.

“Since the appeal is now to be heard expeditiously, be assured that we will move with speed as always, in adopting the most appropriate legal strategy to ensure immediate review of the decision by the Supreme Court, and the release of Onyendu Mazi Nnamdi Kanu.

“I urge you all to remain calm, and be rest assured that the Ruling of the Court of Appeal today, did not interfere in any way with the status of its judgement discharging Onyendu.

“The judgement of the Court of Appeal discharging Onyendu and striking out the seven-count charge still subsists, it has not been set aside.”

He however urged their supporters to remain calm as the Appeal Court’s stay order did not interfere with its earlier judgment discharging and acquitting Kanu.