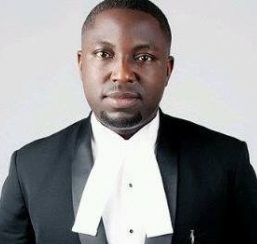 Legal practitioner and former lawyer to Nnamdi Kanu Mr Vincent Egechukwu Obetta, has, on behalf of Igbo people resident in the North, filed three lawsuits before the Federal High Court in Abuja, and the Economic Community of West African States (ECOWAS) Court to compel the Inspector-General of Police (IGP) to arrest within seven days members of the Arewa Youth Consultative Forum (ACYF), led by Mr. Yerima Shettima.

The lawyer announced the filing of the suits in a world press statement made available to journalists. In one of the lawsuits, Mr. Obetta is seeking an Order of Mandamus of the Federal High Court, compelling the IGP to arrest Mr. Shettima who, in July, issued a quit notice to Igbo people based in the North.

The second is a fundamental rights enforcement suit filed at the Federal High Court against Mr. Shettima, the IGP and the Federal Government. The seeks to enforce the rights of the Igbo to move freely throughout Nigeria and to reside in any part of the country as guaranteed by Section 41(1) of the Constitution.

The third is a fundamental rights enforcement suit, filed at the ECOWAS Court, against Mr. Shettima, the IGP and the Federal Government.

Mr. Obetta said should the IGP fail to comply with the Order of Mandamus to arrest Mr. Yerima, if granted by the Federal High Court, he will approach the International Criminal Court (ICC) in The Hague, The Netherlands, to press criminal charges against them. One of the charges, he said, will be the aiding and abetting of a second genocide against the Igbo in the North.

He added that the IGP, AGF and Professor Osinbajo will be charged before the ICC as for deliberately neglecting to arrest and prosecute Professor Abdullahi, Mr. Shettima since the issued the quit notice.

The lawyer warned that if it becomes necessary to head to the ICC on account of the IGP’s refusal to comply with the Order of Mandamus, he will be left with no option than to press charges against those behind the 1966 genocide against the Igbo in the North.

Mr. Obetta noted that the AYCF has suspended the quit notice, but warned that the suspension cannot, in law, banish the grave offense the group committed.

“Nothing short of such arrest and prosecution will suffice to settle the three suits as filed. It is no longer news that the cynical silence and manifest bias of the Federal Government and its agencies since the treasonable threat against the Ndigbo was issued have encouraged and opened a floodgate of hate speeches and songs,” the lawyer said.

He observed that the Igbo in the North and indeed, all around the country, have been victims of cynicism, oppression, and extreme marginalization since the end of the Nigerian Civil War. He equally noted that the Igbo have been regularly killed by northerners.

Despite the atrocities against them, Mr. Obetta said the Igbo have remained law-abiding and have continued to contribute, through their enterprise, to the socio-economic development of Nigeria.

He accused the Federal Government of shirking its responsibility of protecting the Igbo and actively encouraging hostility towards them.

“The 1966 massacre of the Igbo in the North, was not only condoned but was celebrated by eminent Northerners, who, indeed, gloated openly over the gruesome event. The 1966 genocide against the Igbo in the North has, since the end of the Civil War, been swept under the carpet to the extent that it has been banned by the Federal Government from being mentioned in history lessons in all Nigerian schools. Furthermore, it is even not allowed to be mentioned in public and any such mention otherwise is regarded by the Nigerian state as treason,” claimed Mr. Obeta.

The lawyer contended that since 2015, when the current government took office, the Igbo complaints against repression and marginalization have been equated with treason. This, he said, has seen defenseless civilians killed by soldiers, especially at Onitsha, Anambra State. He pointed out that a recent Amnesty International report stated that at least 150 unarmed civilians and have shot dead in Onitsha by soldiers since 2015.

“It is extremely distressing that coming out of all the recent discourse across the Federation, (which Discourse has been ignited by the ongoing agitations by Ndigbo), Professor Yemi Osinbajo and all other eminent / elder statesmen have obscenely remarked that in as much as Alhaji Yerima Shettima’s quit notice to Ndigbo in the North is condemnable, the ongoing agitations by the same Ndigbo should stop forthwith.

That is, they mean that the treason committed by Alhaji Shettima is a befitting response to the agitations of Ndigbo, which have since the end of the Civil War been equated to treason in any event,” said Mr. Obetta.

He also called on the US President, UK Prime Minister, President of China and other world leaders to pay attention to the plight of the Igbo in Nigeria and use their influence to end the persecution.