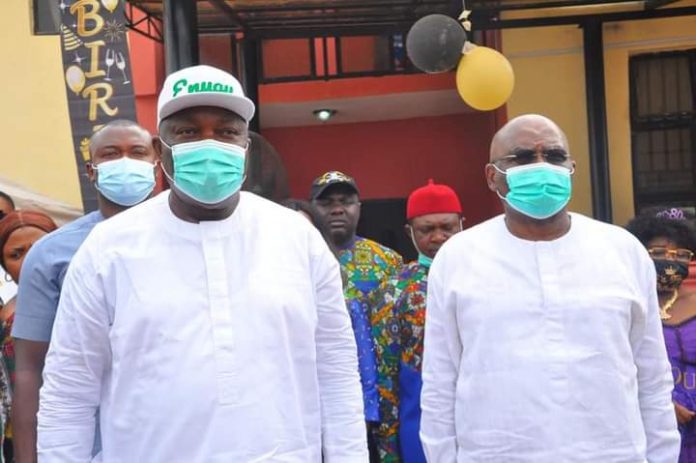 Chimaroke Nnamani, former senate president, says it is up to Ifeanyi Ugwuanyi, governor of Enugu, to choose his successor.

The senator added that the state has enjoyed political harmony on account of adherence to zoning or rotation of key political offices between the three senatorial districts since 1999.Nnamani, who is from Enugu east, was governor from 1999 to 2007; Sullivan Chime from Enugu west took over from 2007 to 2015, while Ugwuanyi from Enugu north will complete his second term by 2023.

It is expected that the governorship slot will return to Enugu east in 2023.“We have a tradition in Enugu State politics. The governor is the leader who directs affairs. He will determine who succeeds him without compromising the electoral processes and whoever he chooses will be our next governor,” Nnamani said.“I have absolute loyalty and respect for my governor who is also the leader of Ebeano political family. He has demonstrated capacity and leadership. We are waiting for him to lead the way to go in 2023 and we shall follow.

All the aspirants belong to the Ebeano political family. One hundred percent of them are my primary, secondary and by-products. Some may have close affinity with me which explains the understandable speculations on whom I may be supporting. But it is the governor that will choose his successor. The political machinery in the state, including the Ebeano family, will be rolled out to support whomever he chooses.”He advised those promoting division to desist, “because there is no war to be fought”.

“We are one family. Whoever emerges will be governor for all,” he said.“No matter the machinations, conspiracies and subterfuges over the governorship primary of our party, we will have a successful transition under the leadership and guidance of our governor.“It is understandable that some of those who are posturing are seeking for relevance or seeking for political appointments in other parties. That is the beauty of democracy.”