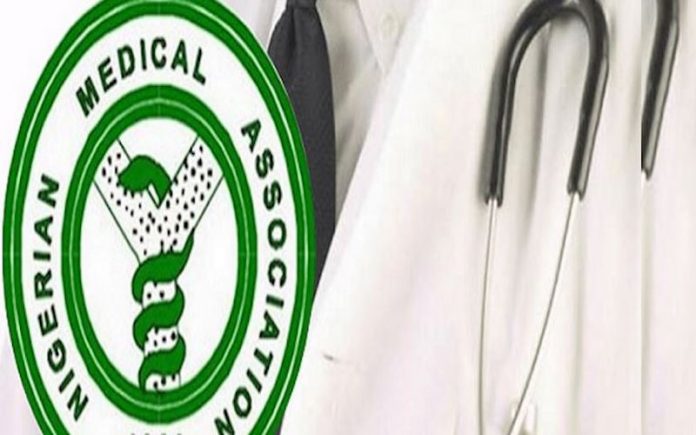 The Nigerian Medical Association (NMA) has issued a 21-day strike notice to the federal government with effect from today (Monday).

This is coming as the federal government said it has set aside the sum of N4.8 billion as a residency training fund for the striking doctors in the country.

”Meanwhile, the federal government said it has set aside the sum of N4.8 billion as a residency training fund for the striking resident doctors in the country.Minister of Labour and Employment, Senator Chris Ngige, who disclosed this at the weekend during a meeting with the Chairman of the Forum Chairmen of Health Institutions in Nigeria (FCHIN), Dr. Sam Sam Jaja, said that the leadership of the NARD gave the government an impossible condition before they would agree to sign the MOU reached at the last conciliatory meeting.He said the resident doctors wanted the government to exempt them from the application of Section 43 of the Trade Dispute Act that provides for ‘no work, no pay’ sanctions for striking workers.While giving an update on the efforts being made to meet the demands of the doctors, Ngige said that the implementation of the MOA signed on August 21 with the doctors was on course.He said the government has adopted a holistic approach to tackling the challenges in the health sector, noting that some of the issues in contention cut across sectors.He added that the government bent backward to improve the ease of the practice of medicine in the country despite dwindling resources.“The resident doctors are on the scheme of service against which obtained earlier. There was nothing like that. Nigeria is also about the only country that has the Medical Residency Training Fund, backed up by an Act, Medical Residency Training Act, passed into law by this administration in 2018. N4.8 billion is already in 2021 Service Wide Vote for this – to cover exam fees, books, travel to exam centres, and accommodation. We are battling to meet up the timeline on this,” the minister added.Explaining further, Ngige said: “As a matter of fact, the Residency Training Fund for 2021 is a borrowed fund. It is part of the deficit budget funded by the World Bank and IMF.

“Now, that the President has signed the law governing it, with signatures appended, we can access this fund through the CBN and from there to the Federal Ministry of Finance, Budget Office, and to the Accountant General of the Federation. But it is not what you achieve in a day. It takes some time but these young doctors will hear none of that.”Regarding the controversy over the non-signing of Memorandum of Understanding by the resident doctors, Ngige said all the issues contained in the MoU, ranging from arrears of the consequential adjustment of the National Minimum Wage, Skipping Allowance, Bench fees among others were successfully tackled at the meeting of August 20 and 21.He also said that all affiliates of the NMA signed the MOA, with only NARD dissenting.“NARD wants a particular clause to be inserted in the agreement. That Section 43 of the Trade Dispute Act should not apply to them. That we should insert in a government agreement that they should be paid for the period they are not at work.

“I’m being careful about this. This is the law and I will not lend myself to illegality, to state in the agreement that a group of Nigerians is above the law.”