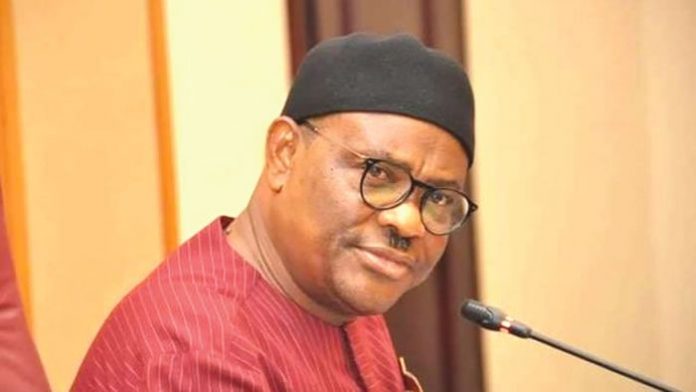 Rivers State Governor, Nyesom Wike, on Saturday warned that with the growing corruption and insecurity in Nigeria, the despair faced by millions of Nigerians may not end soon.

He, however, appealed to the Supreme Court to give the case concerning the collection and distribution of value-added tax generated from the state by the Federal Government the urgency it requires.

Wike, who made the appeal at the commemoration of the 62nd independence anniversary of Nigeria at the Sharks Football Stadium in Port Harcourt on Saturday, explained that such urgency and eventual ruling on the case in favour of the state would further add more financial resources that would accelerate the economic growth of the state.

“We have also not given up in our determination to right the injustice associated with the collection and distribution of value-added taxes generated from the state by the Federal Government just as we again call on the Supreme Court to, please, treat this matter with the urgency that it requires,” he added.

The governor said since the return of democracy in 1999, the country had continued to witness deliberate constitutional distortions, institutional weaknesses and widespread corruption that had prevented Nigerians from enjoying a robust democratic practice.

“This is not to say that Nigeria has not made any progress as a nation. Certainly, we have achieved some visible developmental strides and economic progress as Africa’s largest economy. The fact that we have remained together despite the recurrent conflicts and crisis of confidence is also worth celebrating as an achievement.

“But, after 62 years, Nigeria deserves more than what it has achieved and Nigerians likewise deserve much more than what their leaders have delivered to them with the country’s enormous natural and human resources,” Wike said.

“Life is sacrosanct, but the present Federal Government has failed in the most basic duty to the nation to protect the lives and property of its citizens. Under their watch, infrastructure across all sectors, including roads, education and healthcare has collapsed. Tertiary education has remained comatose for over seven months and with no employment opportunities, the Federal Government continues to toy with the future of the youths.

“And with compulsive corruption, insecurity, low export earnings, protracted forex crisis and an economy so close to bankruptcy the untold suffering and hopeless future among Nigerians will continue if something is not done to improve the quality of political leadership in our country,” he added.