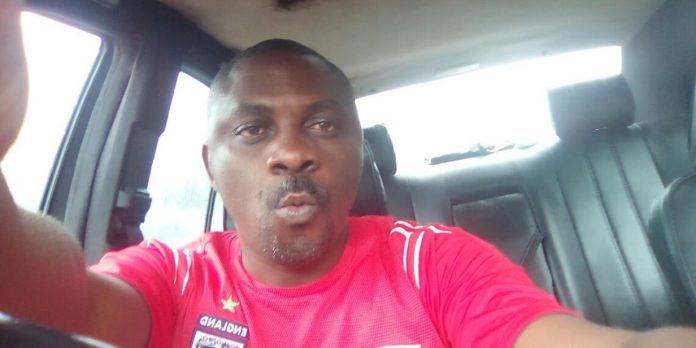 The police in Edo State have detained a human rights activist, Osazee Edigin, over a petition by a high court judge in the state.

According to the Nigerian Observatory for Human Rights, he was invited by the Officer-in-Charge of the Human Rights Desk on Wednesday evening for a chat. But shortly after honouring the police invitation, he was shown a petition by a Senior Advocate of Nigeria (SAN) on behalf of the judge and asked to name the source of the video in circulation on social media, showing the judge beating a traffic light. He, however, turned down the request.

On November 17, Mr Osaze, on his Facebook page, posted a distress report by the Edo State Traffic Management Agency, saying that a high court judge in the state ran a red light at NAVIS junction on Mission Road, Benin City and was trailed by officers of the traffic management agency who seized the vehicle.

“A Prado jeep (SUV) (black) with the registration number EE998BEN ran the red light at Navis junction, by mission road. The driver and the owner of the car, one Justice Imadegbelo almost ran an officer down and, in the process, the side mirror of the vehicle got broken.

“The judge then mobilised her boys who came immediately with two Hilux vans to assault the EDSTMA officers on ground,” the report said.

In the post, the activist called on the Chief Judge of the state to investigate the incident as nobody is bigger than the law.

“Assaulting officers on duty for doing their job just because you feel you are above the law is barbaric,” he wrote.

Meanwhile, some activists and lawyers who visited Mr Osaze on Wednesday night were denied access to him and it is unclear if the police will arraign him in court on Thursday as required by law.

When NOHR contacted the spokesperson for the state police command, DSP Chidi Nwabuzor, he said he was not aware of the detention of the activist.

Members of the coalition were seen at the King Square in Benin City on Thursday morning, mobilising to embark on a protest over the detention of the activist.