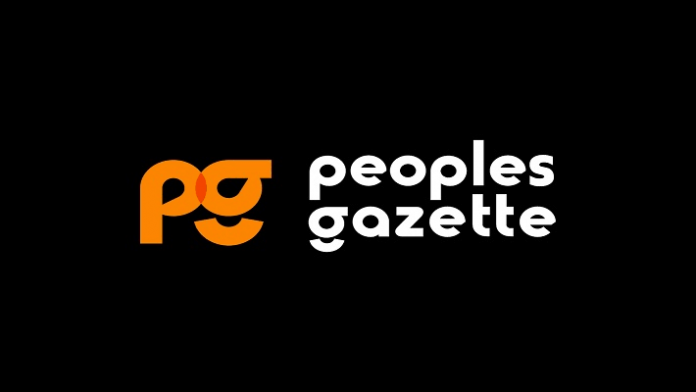 New York, February 5, 2021–Nigerian authorities should ensure access to the Peoples Gazette new site is not disrupted and its reporters can work without fear of harassment or intimidation, the Committee to Protect Journalists said today.

As of February 5, access continued to be restricted on all four of the providers, but the site was  accessible via WiFi, fiber optic connections, and when using a VPN, a virtual private network that can disguise the user’s location to bypass censorship, Ogundipe told CPJ. Qurium, a Swedish non-profit that supports news websites facing censorship around the world, said it set up alternative access to Peoples Gazette’s content via a mirror site and a second domain, gazettengr.com.

In a separate incident, on February 1, lawyers representing David Umahi, the governor of Nigeria’s Ebonyi state, sent a letter to the Peoples Gazette threatening legal action over articles published by the site on January 29 and January 30 according to a Peoples Gazette report and a copy of the letter reviewed by CPJ. The letter called the Peoples Gazette’s reporting “defamatory,” demanded the paper retract the reports and apologize, and pay two billion naira (US$5,075,022) – half to Umahi as damages and half to charity.

“Authorities in Nigeria should ensure Peoples Gazette is able to work unhindered by online disruptions or fear of retaliation,” said Angela Quintal, CPJ’s Africa program coordinator. “Journalists in Nigeria are too often faced by deliberate obstructions to their work and intimidation tactics by politicians.”

The Peoples Gazette January 29 report alleged Umahi’s involvement in corruption and the January 30 report documented ed a call, which Peoples Gazette posted a recording of on YouTube, from someone claiming to be close to Umahi pressuring a Peoples Gazette staff member to retract the piece, Ogundipe said.

Ahmed Oluwasanjo, a Peoples Gazette reporter, told CPJ via phone that he picked up the call, which came to the site’s publicly listed number: “It is a death threat because [the caller] said what we have published could cost peoples’ lives…[and] he knows about my movement.”

Ogundipe told CPJ that he believed, based on sources within the government, that Peoples Gazette was blocked in response to its reporting from October 2020 in the son of the Nigerian president’s chief of staff assuming the responsibilities of his father. In January, Peoples Gazette reported that a presidential advisor was fired for allegedly providing the paper with information for the October 2020 report.

On January 27, Peoples Gazette tweet alleging that the Nigerian government had ordered the blocks on its site. CPJ was unable to independently confirm the cause of the blocks.

According to Qurium, Airtel, MTN, and Glo, used different censorship techniques to block Peoples Gazette: Airtel’s network used deep packet inspection technology, which can scan and filter traffic passing through the network; MTN used domain name system (DNS) blocking, which can filter searches for IP addresses on the network; and Glo used IP blocking, which can deny access to websites from certain IP addresses. The alleged blocking by 9mobile reported by Ogundipe and local media was not included in Qurium’s report.

CPJ’s calls on February 4 and 5 to Ikechukwu Adinde, the director of public affairs for the Nigeria Communications Commission (NCC), went unanswered. CPJ also tried to reach Reuben Muoka, the NCC head of media and public relations, by phone and missed a call from Muoka on February 5, but subsequent calls went unanswered. CPJ reached Umar Garba Danbatta, the NCC’s executive vice chairman and chief executive officer, by phone on February 5. Danbatta said he could not answer questions related to Peoples Gazette blocking and referred CPJ to Lai Mohammed, Nigeria’s minister of information. CPJ’s calls to Mohammed at a number provided by Danbatta did not connect.

CPJ reached Funso Aina, spokesperson for MTN Nigeria, and at his request sent questions by email, but did not hear back. CPJ’s calls to a number publicly listed on Airtel Nigeria’s website did not connect and questions sent to publicly listed emails for Airtel Nigeria and Airtel Africa, as well as Michael Okwiri, Airtel Africa’s vice president of communications and corporate social responsibility, received no response. CPJ’s calls on February 4 and 5 to Emeka Oparah, Airtel Nigeria’s director, went unanswered. CPJ reached a Glo representative by phone on February 3 and at the representative’s request sent questions to an email provided but did not hear back. CPJ’s calls on February 5 to Charles Jenarius, Globacom’s Regional Director of Marketing Communications for West Africa, did not connect. CPJ’s email to the 9mobile’s publicly listed address went unanswered, other than a confirmation of receipt.