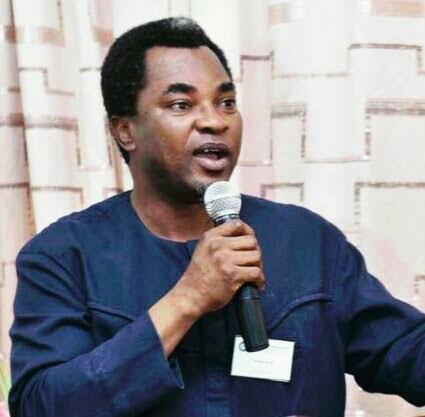 That insecurity is the order of the day in Nigeria cannot be overstated. From the North, to the East, and to the West, nowhere is safe in Nigeria anymore. Kidnappings by bandits in the North have taken a frightening dimension. The bandits have most brazenly and rather unfortunately shifted focus on educational institutions in the North. Hundreds of students have been kidnapped for ransom in the last few weeks and months. The kidnapped thirty Six (36) Students of the Federal College of Forestry Mechanisation in Kaduna State are still in the custody of their abductors as at the time of penning down this lamentation. The Governor of Kaduna State, Mallam El Rufai, who had commendably maintained a posture of ‘never to pay ransom to bandits’ is now under serious pressure by the parents of the kidnapped students to negotiate and pay ransom to the kidnappers. Can anyone blame the grieving parents? The incessant kidnapping of farmers, villagers, travelers and even traditional rulers in some communities in the South West provoked the self-defence activism of Chief Sunday Igboho and serious agitations against the criminal elements who disguise as herdsmen in the South West. The insecurity no doubt pervades the land and things have certainly fallen apart.

However, while insecurity has sadly become a national order in Nigeria, the focus here is specifically on the fate of Nigerian lawyers in our security challenged Nation. While the Nigerian security architecture appears to be overwhelmed and outpaced by the rampaging criminal elements who profoundly appeared  to be better motivated, we cannot but salute the courage of our soldiers and officers of other security agencies who are out there in the desserts, bushes and forests engaging these perceived ‘invincible gangs’.

The recent developments whereby lawyers have now become prime targets of kidnappers in some parts of the country is deeply worrisome and have led me to pen down this lamentation. Legal practitioners including judicial officers are now being kidnapped and killed on a regular basis and there seems not to be any hope of a respite. Some of the recent cases are as highlighted hereunder:

On the 8th of February, 2021, news filtered into the air that a senior lawyer and former Chairman of Owerri Branch of the Nigerian Bar Association, Ndieonyema Nwakwo Esq was brutally murdered inside his office on February, 7th 2021. It was reported that his driver who drove him to the office on that day and now the principal suspect disappeared with his vehicle and was yet to be found.  I recall however that the Branch chairman, J. I Ogamba Esq reported at the last NBA NEC Meeting in Uyo, that the vehicle has now been discovered in the village of the driver. Unfortunately, the fleeing prime suspect is yet to be apprehended.

On the 12th of March, 2021, Frank Onwuachi Esq, was kidnapped on his way home in Anyamelum Local Govt Area of Anambra State. Sadly, the news broke on Saturday 20th March, 2021, that he has been murdered by his abductors. In their bid to draw the attention of the State Government and security authorities to the unfortunate development, the Bar in Anambra State under the auspices of NBA Chairmen and Secretaries in Anambra State announced courts boycotts in Anambra State from 22nd to 24th of March and staged a protest on the streets of Awka.

Barely 24hours before the sad news of the killing of Frank Onwuachi broke, another colleague, Chima Awurum Esq, was reportedly kidnapped at gunpoint in Mbano/Etti, Imo State, on Friday, 19th of March, 2021. His abduction prompted a declaration by the Bar in Imo State of Courts boycott on Tuesday 22nd March, 2021. Commendably, the Imo State Judiciary showed solidarity by sanctioning the boycott through the directive of the State Acting Chief Judge.

Just recently a colleague and member of Okirika Branch Gideon Kpobari Girigiri Esq, was kidnapped along Igbo-Etche Road in Rivers State. Thankfully, he has since been released by his captors.

In July 2020, a Haro Gandu Esq, a Kaduna based lawyer and staff of the Kaduna State Ministry of Justice was killed by bandits in his house, while his wife and son were abducted. The wife and son were later released after payment of ransom.

A few months ago, sometimes in October, 2020, a young female colleague, Paulette Busola Ajayi, was kidnapped at gun point in Portharcourt, Rivers State. She later regained her freedom after public outcry and intensive media campaign for her release prompted the police to act and she was rescued.

Also, in March 2020, another lawyer, Soalabor West Esq, was kidnapped at his poultry farm in Aluu, Portharcourt and was later murdered by his captors.

Painfully worthy of mention is also the kidnap and murder of a Benin based lawyer, Osiobase Omo-Iyoha, who was brutally assaulted and later abducted by his assailants on the 9th of May, 2020. His dead body was later found sometimes in June, 2020.

On the 6th of April, 2019, Kennedy Nwashindi Esq, a lawyer based in Asaba was kidnapped in Okpanam area of Asaba, Delta State. He later regained his freedom.

In September, 2019, a Delta State based Senior Advocate of Nigeria and Chairman of Mid-West Bar Forum, Mr. Chris Onyemenam SAN was kidnapped along Benin-Asaba Expressway. Thankfully, he was later released.

In June 2019, Igwe Chigozie Esq, a lawyer based in Abakaliki was kidnapped at gunpoint in front of his residence in Abakaliki, Ebonyi State. He regained his freedom few days later.

In the last few years, there have been several cases of serving judicial officers who were either attacked or kidnapped.

In September, 2020, two judges of the Zamfara State Sharia Court, Sabiu Abdullahi and Shafi’l Jangebe were abducted by bandits and held for about two months before their release on the 7th of November, 2020,

On the 30th of October, 2019, Justice Chioma Iheme-Nwosu of the Court of Appeal, Benin Division was kidnapped at gunpoint in Benin, Edo State. His Lordship’s police orderly was gruesomely murdered by the kidnappers.

In a similar fashion, a judge of the Federal High Court, Akure, Ondo State, Abdul Dogo. J, was kidnapped on Tuesday, 22nd of October, 2019, in Edo State.

Also, on the 31st of December, 2019, a judge of the Sharia Court of Appeal, Khadi Bala Muhammed was attacked, robbed and shot along Okenne-Lokoja Road. The Khadi’s driver was taken away by the kidnappers.

Yet on the dark side of history were the incidents of abduction of two Judges of the Kogi State Judiciary in 2015 and 2016 respectively, i.e. Justice Samuel Obayomi of the Kogi State High Court (May 2015) and Ishaq Jimoh Usman of the Kogi State Customary Court of Appeal (June 12, 2016). The police orderlies of both judges were shot dead in the course of the abductions.

Unlike the unfortunate cases of some lawyers who were murdered by their abductors, all the judges later regained their freedom.

The highlighted instances were only a few of such sad occurrences, there were many other cases too numerous to highlight in this my forced lamentation. For instance, a Past President of Nigerian Bar Association, Chief Okey Wali SAN was abducted in 2014 and Chief Mike Ozekhome SAN was also abducted earlier in 2013. Certainly, this lamentation will be incomplete, if I omit to report my personal experience in 2018. I was viciously attacked by some gunmen who apparently had intended to kidnap me, but for my alertness and superior racing skill. I escaped the bullets by whisker, but not without sustaining a minor injury on my forehead. Probably, if I was being driven by a driver, I would most likely have ended in the den of the suspected kidnappers. The intention of this lamentation is to call on Government at all levels, especially the Federal Government which is responsible under the constitution for the management and control of the Armed Forces and other Federal Security Agencies, to do more than condemnations and bragging. Sadly, insecurity has now become a notable attribute of Nigeria. What a shame! While the focus of this lamentation may seem somewhat parochial, this is in no way an attempt to feign ignorance that insecurity in Nigeria is shamefully a National trajectory. For instance, the recent attacks on the lives of two serving Governors in Nigeria (Governor Samuel Ortom of Benue State and Governor Babagana Zulum of Borno State) is testament to the fact that criminality has reached its crescendo in Nigeria. The call here therefore, is not just for the legal practitioners (lawyers and judges) to be specially protected, but to bring to the fore the atrocities that members of the legal community have suffered in the hands of the bloodletting hoodlums.

I wrap up my lamentation with an advice to President Muhammadu Buhari to rise up to his responsibility as the Commander in Chief of the Armed Forces; the new Service Chiefs, the Inspector General of Police, the Director of DSS and other security Chiefs, to aim to write their names in gold and be on right side of history by departing from the norm. Now is the time to effectively police the country and secure the lives and properties of the citizens. This can only be achieved by dealing ruthlessly with the criminal elements and their collaborators within and outside the government, and allowing a truly independent justice sector to hold the culprits accountable for their crimes.