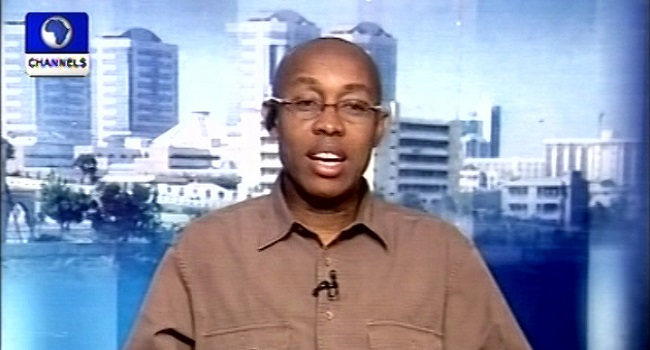 By
Chidi Anselm Odinkalu
In the face of the calculated and practiced indifference of the regime of Major-General Muhammadu Buhari (Retired) to the human carnage currently on-going in Nigeria, a debate has ensued about the legitimacy and practicability of community self defence as a counterpoise strategy. The mere fact that these questions arise is proof positive that Nigeria currently suffers a squalid anomaly. Communities should not be seeking to defend themselves if there is capable government. When, therefore, government proves incapable or unwilling to protect everyone equally, communities must exercise a duty of collective self-defence. The alternative is to suffer voluntary liquidation.
In the first six months of 2021, over 6,000 people were reported killed in atrocity violence across Nigeria. As bad as these numbers are, the Sultan of Sokoto, no less, has pointed out that the scale of the killings in Nigeria is grossly under-reported. Rather than abate, the massacres appear to be intensifying in the second half of the year. In the week after the lavish wedding of General Buhari’s son, Yusuf, in Kano the penultimate week of August, 2021, Plateau State in north-central Nigeria has been overtaken by atrocity killings to the point where hospitals and mortuaries have become overwhelmed by the scale of the human tragedy. The response of General Buhari to this orgy of atrocity killings has been a cynically complicit and practiced silence. Routinely, General Buhari’s spokesmen have sought to trifle with the scale of the tragedy or relish it.
In the aftermath of the tragically humilating attack by terrorists on the Nigerian Defence Academy (NDA), which killed at least two military officers and left another seriously injured (not to mention the abducted), presidential communications hitman, Garba Shehu, flippantly sniffed that the attack may have been politically motivated. Having failed in December 2020 to persuade Nigerians to be grateful for exponential growth in insecurity in the country, presidential adviser, Femi Adesina, found in the terror attack on the NDA his moment to brand Nigerians “ungrateful” for being unwilling any longer to credit a president who never for a moment took seriously his oath to protect everyone in Nigeria equally.Confronted with the reality of a government led by a president who cannot be bothered to show he cares about the mass cull of fellow humans and citizens, the governor of General Buhari’s home state, Katsina, Aminu Bello Masari, has emerged as an unlikely leader in the advocacy to popularize self-defence as an effective response to this Nigerian crisis of insecurity, repeatedly exhorting communities to buy guns, organize and defend themselves. In this advocacy, the Governor has high profile fellow travelers, such as Defence Minister, Bashir Magashi, himself also a retired army General; and the Plateau State House of Assembly.

The Nigerian State is itself not neutral on this, having supported and invested in the Civilian Joint Task Force, CJTF, since 2013 to assist in the fight against the Boko Haram insurgency in the north-east. This high profile advocacy for self-defence raises questions both legal and practical. Let’s begin with the legal: does self-defence have any basis in law? The short answer to this is that in Nigeria, self-defence is indeed a constitutional right. Under section 14(2)(b) of Nigeria’s 1999 Constitution, “the security and welfare of the people shall be the primary purpose of government.” Accordingly, section 17(2)(b) of the same constitution requires that “the sanctity of the human person shall be recognized” and to reinforce these, section 33(2)(a) makes self defence lawful when undertaken in “defence of any person from unlawful violence or for the defence of property.” The question may be asked whether this right of self defence in Nigerian law is available to groups or communities. The short answer is yes. The basis in law for this assertion exists in Article 20 of the African Charter on Human and Peoples’ Rights, which provides that “[A]ll peoples shall have the right to existence.” “Peoples” in this context are communities smaller than a state or country. It also implies, of course, that when this right to existence is endangered, the affected communities have the right to defend themselves. Thus, the Charter equally guarantees simultaneously, “the unquestionable and inalienable right to self-determination.”

Article 23(1) of the same Charter additionally creates a right to “national and international peace and security.” All these rights exist in Nigerian law under the African Charter on Human and Peoples’ Rights (Ratification and Enforcement) Act of 1983.Even if these legal provisions did not exist, communities endangered by the kind of ongoing carnage in Nigeria would be justified in morality to exercise legitimate self defence under doctrine that the wellbeing of the people is the supreme law. In the face of this kind of breakdown in the will and capacity of the state to protect the people and their communities, law abiding citizens have a duty to organize to protect themselves until the state can restore its capacity to protect them or show that it is interested in doing so. This raises practical questions as to whether and how citizens can organize to defend themselves. Nigerian law, it should be pointed out, does not prohibit the bow and poisoned arrow.

Also, while firearms regulation and the Nigerian Police Force and armed services fall within the exclusive legal competence of the federal government, Nigeria’s constitution does not allocate “policing” epistemically or public safety and security to the federal government. Citizens who are endangered must be trusted to make arrangements as to how to organize to procure what they need to secure their communities. It cannot be that citizens in Borno can be permitted to defend themselves while those in the Plateau or Southern Kaduna are disabled from doing so. Such locational discrimination is explicitly prohibited by section 42(1)(a) of the constitution. Whether a person or community lives or is allowed to be liquidated cannot depend on the part of the country in which they are located or how different they are from the favoured kinsmen of the president.There is only one practical limitation to this legal and doctrinal position: it is that self-defence in national law is a shield and not a sword. It exists to protect self and community, not to attack others in order to extinguish them.
The point essentially must be that when government willfully abdicates its constitutional role to protect its people, citizens have a legitimate duty in law and morality to ensure the continuity of human life. That duty can only be discharged by recognizing and defending the right to self-defence as a prerogative of Nigerian communities under attack all over the country while the president watches with approving silence.Odinkalu, co-convenor of Nigeria Mourns, writes in his individual capacity.