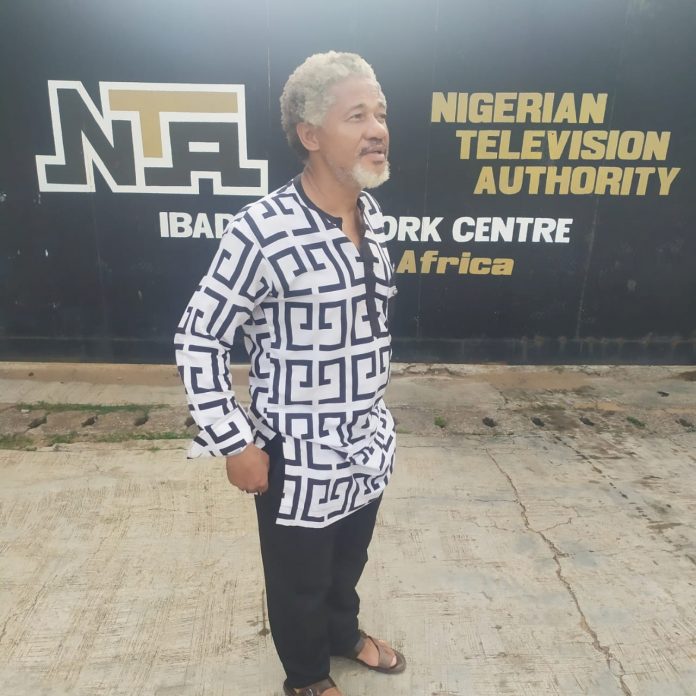 The constitution of a country is a contract that legally binds it’s people and their government . Like every other contract, a constitution is valid only if it is consensual amongst the people of a country and essentially devoid from Misrepresentation, Mistake, Duress, Undue Influence and Illegality.

It is regrettably and unfortunate that many Nigerians do not know that the Nigerian 1999 constitution is a military decree, fraudulently and deceitfully foist on us by a bunch of irresponsible selfish and self centered military men and their cohorts in 1999 with clauses protecting them and their loots of our common wealth before handing over power to Nigerian civilians .

It is sad , that twenty two years after , successive unscrupulous Nigerian civilian governments have shamelessly for their selfish gains refused to question the validity of the evil document called the 1999 constitution . They have continued to benefit from it while running Nigeria on falsehood with a defective and faulty foundation ensuring that Nigeria solemnly binds herself to be false to the future .

Nigeria as presently constituted is built on a pack of lies that is bound to collapse anytime soon if we fail to make amends .

What Nigeria despirately needs right now is a referendum and not an election . It is imperative that we the people of Nigeria renegotiate the unity of Nigeria and not have it impose on us as it is now . The issues of the over centralisation of powers and resources control must be addressed before we think of any future election in Nigeria .

Conducting election in 2023 without putting aside the military decree called the 1999 constitution amounts to Nigerians living in a fool’s paradise which ultimately will lead to the eventual collapse of Nigeria .

I am therefore advising our politicians to stop treating Nigeria like their private estate.They should stop conjecturing who will be the next president and what part of the country he will come from . We must shelf aside the 2023 election and conduct a referendum on the structure and frame work of a new Nigeria . With a peoples’ constitution in place , it will not matter who the next president of Nigeria will be or where he will come from .

If you ask me I will suggest that we return to the four regions ( the East , West, North and Midwest) as we had it in the first Republic pulling down all the state boundaries created by the military to cause division amongst us . Better still the current 36 States plus Abuja can with consensus of the people be merged into fewer viable, formidable and competitive states .

I am doubtful if any component part of Nigeria genuinely wants to secede from Nigeria because we all need each other to prosper as a great country once the necessary assurances are given . I believe that my Igbo brothers can be great in technology and even greater than Japan and China put together in this same Nigeria if given autonomy . During the Nigeria Biafra War , they refined their oil, produced armoured tanks , bombs and fabricated spare parts for their vehicles and machines . Managed their telecommunications and operated the most busiest airport in Africa even without electricity .

Apart from technology the East is a tourist destination and home of hospitality . It is blessed with oil deposits and coal which can be tapped for its benefit. In the first Republic , the defunct Eastern region competed with its Western counter part establishing the University of Nigeria, providing quality education , building good roads and infrastructures and running it’s government with internally generated funds without help from the Federal government.

I believe that the West can be a very highly commercialised, agricultural cum tourist destination in the world given its advantage of the Lagos sea port , coastal land and boundary with other west African Countries .The West have done it before and can still do it again . With proceeds from Cocoa the West built good roads that have stood the test of time , provided free education , built the Cocoa house in the sixties which is still solidly and beautifully adorning the biggest City in West Africa today , established the university of Ibadan , which is the first university in Nigeria . Set up teaching hospitals and research centers . Built the first television and radio stations in Africa . It may interest many of us to know that the defunct Western Nigeria got her TV station before most European countries like France.

The people of the Niger Delta can go back to their Palm oil and rubber plantations. The oil deposit in their land will be of an added advantage to their development .

The North can be a very rich region with agriculture, tourism and proceeds from gold deposit and other solid minerals . I am sure we can remember the groundnut pyramid and how the defunct Northern Nigeria established the Ahmadu Bello University (ABU) , built roads , hospitals and ran it’s government without help from the center .

On the federal government’s part it will have to revert to only taking care of our defence , immigration , customs , diplomacy and currency while allowing the states to take off its shoulders those many items in the exclusive list that is currently over burdening it. With this out look, there will be devolution of powers and consequently power will return to the grass root as the local and state governments will become powerful once again.

We have nothing to loose if we renegotiate the unity of Nigeria and lot to loose if we don’t. Allowing Military juntas and their cohorts to define who we are is not only insulting to us as a people but also delimiting on our potentials and capability as a country .

We must lay to rest this lazy style of governance wherein states goes to Abuja every month to collect monthly allocation without contributing anything to the system . With a renegotiated Nigeria every state will have to fend for itself with proceeds of what they generate and will not have to look up to Abuja for funds to run their states .

I will like to end this write up by stating categorically that there is no poor state in Nigeria . All states in Nigeria are endowed with both human and natural resources, so there should be no fear for my call for a referendum.