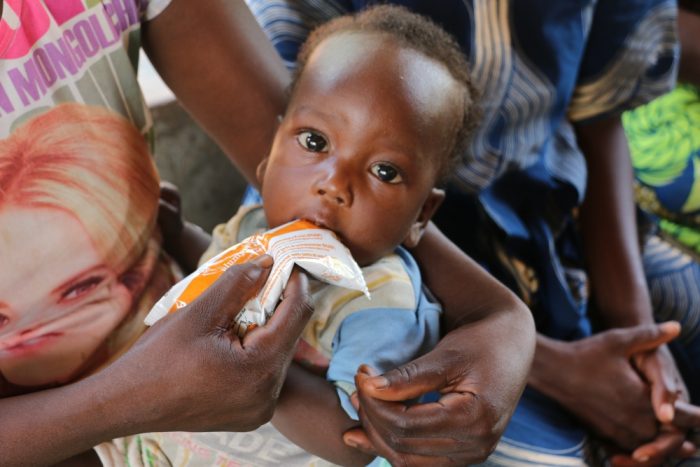 A Washington DC-based international health and enhanced food nutrition organization, Harvest Plus, has reported that Nigeria loses a whopping 100 children and six women every hour to lack of proper nutrition.

The Chief Executive Officer of the body, Mrs. Beverly Postma told a group of select journalists at the International Institute of Tropical Agriculture, IITA on Wednesday that the organization’s vision is to substitute foods for drugs in Africa, Asia and the Carribeans.

She added that children and pregnant women are the most vulnerable to the sicknesses associated with lack of nutrition and malaria.

The food expert also intimated the newsmen about the plans of the organization to commit about $200 million to the fortification of crops that include cassava, maize at the primary stage, while sweet potatoes are been planned to come on-stream later in the project that has received the blessing of the Federal Government.

Her words; “the project is for enhanced food nutrition. Studies have revealed that children and pregnant women are vulnerable to malaria that causes the death of so many in that category due to lack of nutrition.

“We appreciate the entrepreneurial spirit of Nigerian farmers involved in the programme. People can make a living through the cultivation of staple crops because you derive Zinc and Iron from them.

“Expectedly, these crops check Iron deficiency and the Federal Government has been a pillar of support in this regards.

“The Government’s intervention underscores the fact that we can’t do it alone and that we need the support of everybody in this project.”

The Country Manager of the organization, Paul Ilona, on his part, informed Nigerians that they are what they eat.

He added that the country loses a whopping $1.5 billion ( One Billion and Five hundred thousand) to instability in diets.

According to him, the Federal Government has taken a giant step towards eradication this malady in dieting in the country.

“The key message to Nigeria is that you are what you eat. The Federal Government has mandated all food suppliers to fortify their products.

“Majority of sufferers of instability in diets are low-income level, rural dwellers who earn below one dollar-a day.

“The way out is bio-fortified food crops, which will increase the nutritional values of our crops for a healthier living among the youths.”

According to the US-based expert, Nigerians are creative and business-like and have been exemplary in bio-fortified crops that he said are highly profitable.

Speaking on the history of the project, Piefier said Nigerian farmers have taken a giant stride towards actualizing the visions of the project.

“Fortification and supplementation of crops have provided the impetus for high marketing drive among the farmers.

“We have reached one million tons in cassava, while that of Maize production has reached 200, 000 tons.

“We started with cassava and maize came on board later. Now, where do we go from here?.

“By next year, we should have bio-fortified Maize, Peas, Rice and other crops. That is the way to go.

Speaking on self-sufficiency, The HarvestPlus boss disclosed that the continent is capable of feeding its citizens.

“Can Africa feed itself?. I think in about eight years from now, Africa would be able to feed itself. The continent has a bright future and resources to be self-sufficient in food production with bio-fortification in all the crops.”