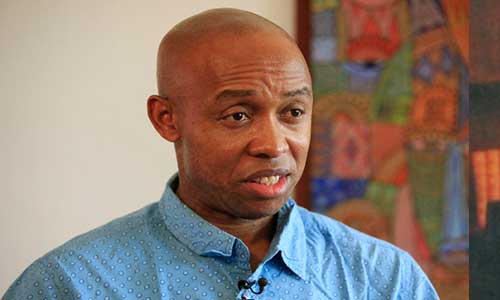 28 November, 1988, was a Monday. In Abuja, Nigeria’s Federal Capital Territory (FCT), a Constituent Assembly inaugurated by military ruler, Ibrahim Babangida, had been in session for just over six months, since 11 May, 1988. At the helm as its chair was Anthony Aniagolu, then a recently retired Justice of Nigeria’s Supreme Court. He was a Christian from Enugu State. His deputy was Muhammadu Buba Ardo, then Chief Judge of the Gongola State, who died suddenly in 1991, two years after the Assembly completed its work. He was a Muslim.

The Secretary to the Constituent Assembly was one Alhaji Babagana Kingibe, whom the country has since then got to know a lot more eloquently, a Muslim from Borno State. Kingibe’s assistant was Amal Inyingiala Pepple, who would rise to the height of the civil service in Nigeria, before retiring in June 2009 as the Head of Service of the Federation. She is a Christian from Rivers State.

The Constituent Assembly, which Justice Aniagolu chaired, comprised 567 members drawn from all these states. 458 were elected, while 109 were nominated by the Federal Government, including the Chairman and his Deputy (both of them male), and drawn from the ranks of judicial figures, senior lawyers, titans of industry, traditional rulers, experienced public servants and administrators, academics and other professionals.

At the submission of its report on 5 April 1989, the membership was down to 565, owing to the death of two members: Dr. Daniel Obasi Agbafor, an elected member representing Ohaozara Federal Constituency then in Imo State in South-East Nigeria, who died on Sunday, 14 August, 1988; and Honorable Justice Umaru Agora Isiaku, a judge of the High Court of Niger State nominated to represent Abuja in the Assembly, who died on 10 October, 1988.

Assembled to negotiate the terms of a constitution on the basis of which the Babangida regime claimed it would hand over power to an elected government at the end of its transition programme, the Constituent Assembly got into a very animated debate from October 1998 over the irrelevant issue – as Nigeria’s current ruling party, the All Progressives Congress (APC) would have us all believe) – of religion in Nigeria and the role it is to play in civic and constitutional life. In this debate, there was no quarter given nor taken.

On arrival, Admiral Aikhomu proceeded to read a Riot Act to the Assembly, declaring, as Justice Aniagolu recalls in his memoirs on the making of the 1989 Constitution that was never promulgated: “the Federal Government has decided that this Assembly should stop further debate and discussion on these clauses.” As the Assembly wound down its work on 20 March, 1989, Admiral Aikhomu wrote a letter (Reference: GS/CGS/235) to Justice Aniagolu as its Chairman ordering them to “insert into the Constituent Assembly Draft Constitution all matters and clauses of the Revised CRC Constitution which were excluded from the jurisdiction of the Constituent Assembly.”

In this way, the military retained ultimate decision making in resolving the matter of the place of religion in Nigeria’s life. To address that, they defaulted essentially to the framework agreed in the 1979 constitution when, as in 1989, the then military regime had also sent their second-in-command to order the Constituent Assembly gathered in 1978 to stop debating the matter before it got out of hand.

Four years after this uneasy settlement, Nigeria’s political elite reached an equally uneasy truce in order to hurry Ibrahim Babangida from his ruinous and interminable political transition programme. At the end of the truce, Moshood Abiola, a Muslim from Ogun State in Southern Nigeria teamed up with the aforementioned Babagana Kingibe for the ticket of the Social Democratic Party (SDP), which triumphed in the June 12, 1993 presidential election before being frustrated from taking over power when Babangida nullified the result of the election. The 1999 Constitution, which ultimately transitioned Nigeria to civil rule six years later, essentially defaulted to the 1989 settlement, which in turned accepted the 1979 settlement. Many people prefer to say that the constitutional situation is that “Nigeria is a multi-religious state.”

At both national conferences convened first by President Olusegun Obasanjo in 2005 and then by President Goodluck Jonathan in 2014, religion nearly derailed proceedings. Indeed, at the 2014 National Conference, it was reported that “religion pitched Nigerians against one another at the national conference with delegates disagreeing over religion.” The leaders who have led Nigeria until date have attempted to walk the fine balance that religion evokes in the country. Even President Muhammadu Buhari, often accused with some justification of being narrow on issues of faith, was not unmindful of the sensitivity of this issue when he declined the importunations of Bola Ahmed Tinubu, like Buhari a Muslim, to be his running mate in the 2015 presidential election.

The ruling APC has acted convenient on these issues, however, rather than principled. In 2019, Kaduna State Governor, Ahmad El-Rufai, in a fit of sectarian hubris, toppled the conventions of faith and ethnic balancing in the state when he decided to “pick fellow Muslim, Hadiza Balarabe, as running mate.” The correlation between this decision and the deterioration in coexistence in the state since then has been spectacular.

In explaining his choice then, El-Rufai claimed his only consideration was “competence”. In justifying his decision to choose fellow Muslim, Kashim Shettima, as his running mate for the 2023 presidential contest, APC’s presidential candidate, Bola Tinubu, has similarly argued the urgings of competence with a bit of history, claiming that “the spirit of 1993 is upon us.” Like El-Rufai, Tinubu’s position implies spectacularly that individual competence and religious harmony are somehow mutually exclusive. If he wins and the country emulates the trajectory of Kaduna State, the country could become a level killing field.

Tinubu’s cheap appeal to the heady events of 1993 mis-reads contemporary Nigerian history in support of convenient, dubious and patronizing nonsense. All this takes place in a country in which citizens have been immolated without consequences on specious claims of blasphemy and the Supreme Court has recently ruled that female, Muslim students in public schools have the right to wear religious covering, none of which would be the case if religion were such an irrelevance in Nigerian civic life.

The Abiola-Kingibe ticket in 1993 was a product of a peculiar inflection point in Nigerian history unparalleled since then and unlikely to be repeated. Since then, if anything, successive rulers, none more so than the incumbent regime of Muhammadu Buhari, have invested considerable energy in divisive and toxic politics and policies.

Indeed, as someone has rightly pointed out “religious balancing is one of the first factors in determining competence for a Nigerian presidential aspirant. He who fails in this is incompetent.”

Let us assume then that Tinubu and Shettima triumph at the 2023 presidential election and proceed to complete two terms. Power will thereafter be liable to rotate to Northern Nigeria, which will probably produce a Muslim. At the end of two terms of that person, following the two terms of Tinubu-Shettima and counting back to the two terms of Muhammadu Buhari, Nigeria’s presidency would have been occupied by a Muslim for pretty much a quarter of a century or for 27 out of 32 years going back to the administration of Umaru Musa Yar’Adua. Children born at the beginning of this period may end up with the impression that Nigeria is indeed an Emirate in which only Muslims are entitled to aspire to the highest office. The point really is that it is not.

A lawyer and a teacher, Odinkalu can be reached at Chidi.Odinkalu@tufts.edu