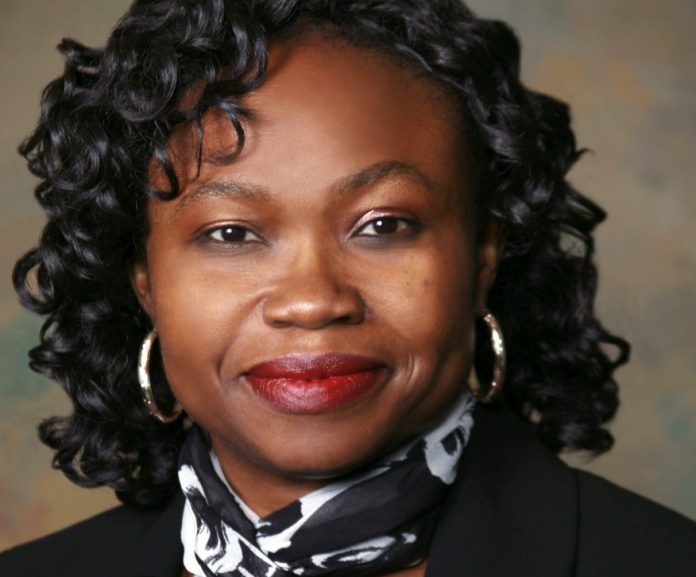 Uche Ewelukwa Ofodile, the E.J. Ball Professor of Law, has been elected a lifetime member
of the prestigious United States Council on Foreign Relations, one of the leading foreign
policy organizations in the world. Established in 1921, the Council on Foreign Relations is an
independent, nonpartisan membership organization, think tank, publisher and educational
institution dedicated to informing the public about the foreign policy choices facing the U.S.
and the world.

With her election to the council, Ofodile becomes one of the few Arkansans and Africans who
has been elected a member of the esteemed organization. Ofodile hopes to use the
opportunity to bring attention to some of the pressing issues of our time, including
sustainability and climate change; food, nutrition and water insecurity; corporate social
responsibility and accountability; global governance issues and challenges; and the risks and
opportunities associated with artificial intelligence and other emerging technologies. “I am
extremely excited by my lifetime election to the Council on Foreign Relations, whose activities
I have followed for well over 20 years,” Ofodile said. “I have been inspired by the lives and
accomplishments of the council’s esteemed members, who are all visionaries and
changemakers. I hope that through my involvement in this association, I can impact Africa
and the world for the better.”

Ofodile described how Arkansas plays a major and growing role in global affairs, and said,
“It is time for Arkansans to lend their voice to weighty issues of our time, from climate change
to plastic waste, human trafficking and artificial intelligence.”

Willam Alford, the Henry L. Stimson Professor of Law and vice dean for the Graduate
Program and International Legal Studies at Harvard Law School, said, “I am thrilled that
Professor Uche Ewelukwa Ofodile has been chosen for membership in the Council on
Foreign Relations. She is a worldwide leader in scholarship regarding the China-Africa
relationship, and as someone who shares this interest, I can say that her work, which
commenced long before this subject achieved prominence, is wonderfully creative while
deeply rigorous.”

Shontavia Johnson, an alumna of the law school and former student of Ofodile, said,
“Professor Ofodile’s scholarship, talks and lectures around the world firmly solidify her
position as both a leader in global discourse and a facilitator of law and policy change at all
levels of governance.” Johnson, who is currently the associate vice president for
entrepreurship and innovation at Clemson University, added, “At a time when our world faces
complex issues and challenges, it is comforting to know that professor Ofodile is positioned,
through her membership in the council, to lend her voice on critical global issues and provide
advice on important foreign policy choices facing the U.S. and countries and communities
around the world.

Ofodile is a Senior Fellow at the Harvard Kennedy School’s Mossavar-Rahmani Center for
Business and Government, an Honorary Fellow of the Asian Institute of International
Financial Law in Hong Kong and an affiliated professor of African and African American
Studies at the U of A’s Fulbright College of Arts and Sciences. She researches and writes in
the areas of intellectual property law, international trade law, international investment law and
international dispute settlement. She has published numerous articles including in journals at
Yale, Michigan and Vanderbilt, among others. She is currently working on two books, one of
which is with Oxford University.

Ofodile is on the Editorial Advisory Committee of International
Legal Materials and currently serves as a book review editor for The Law & Practice of
International Courts and Tribunals. Ofodile is the recipient of numerous awards, including
awards from the Carnegie Council on Ethics and International Affairs, the Albert Einstein
Institution, the Academy on Human Rights and Humanitarian Law, the Southeast Association
of Law Schools and the American Bar Association Section of International Law. She is the
former secretary general of the African Society of International Law.

With her election, Ofodile joins an organization whose members are among the most
distinguished and most prominent leaders in the foreign policy arena, including top
government officials, renowned scholars, business executives, acclaimed journalists,
prominent lawyers and distinguished nonprofit professionals. Members of the Council on
Foreign Relations include former President William J. Clinton; former U.S. secretaries of state
Madeleine Albright and Condoleezza Rice; former Arizona Gov. Janet Napolitano; current
and former members of the U.S. Congress Eric Cantor and Dianne Feinstein; television hosts
such as Fareed Zakaria, Joe Scarborough, Dan Rather and Tom Brokaw; and several CEOs
of some of the largest corporations in the U.S. and the world.

Professor Ofodile, whose father is late Professor Dennis Ewelukwa (former Dean, Faculty of
Law, University of Nigeria, Nsukka), is from Anambra State, Nigeria. She graduated from the
elite Federal Government Girls College Onitsha. Following that, she obtained a Bachelor of
Laws degree (LL.B.) from the University of Nigeria, Nsukka, graduating with Second Class
Honours (Upper Division), a feat she repeated at the Nigerian Law School where she also
emerged as the Best Graduating Female Student of the Year and was awarded the
International Federation of Women Lawyers (FIDA-Nigeria) prize for academic excellence.
Professor Ofodile subsequently obtained a Master of Laws (LL.M.) degree in International
Business Law from the University College London, another LL.M. from Harvard Law School,
and a Doctor of Juridical Science degree (S.J.D.) degree also from Harvard Law School.
Professor Ofodile is married to Anthony Ofodile and they are blessed with three wonderful
children.