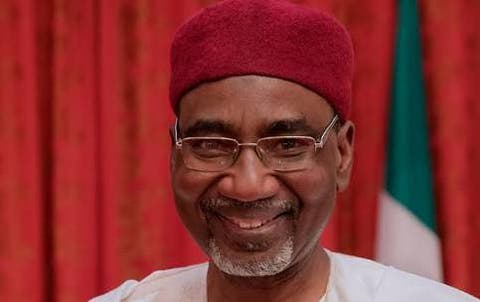 The National Intelligence Agency ( NIA), has denied allegations that it was planning to arrest its former acting Director-General (DG) Ambassador Mohammed Dauda.

Chief Kanu Agabi, who is lawyer to Ambassador Dauda had expressed concern to the Attorney General of the Federation, Mr. Abubakar Malami, SAN, in which it was imputed that the NIA was plotting among others to arrest Dauda.But, in a letter dated February 4, 2022, written by NIA’s lawyer, Mr. Wale Adesokan SAN to Chief Kanu Agabi, SAN, he stated that it was uncharitable to suggest, or accuse NIA of taking actions capable of subverting the course of justice or undermining the judgment of a court of competent jurisdiction.

The letter stated that NIA is a law-abiding Institution which places high premium on the Rule of Law.NIA’s lawyer, Mr. Adesokan SAN observed that while Agabi wrote Malami and copied others in the letter that was circulated in the media space in January, the NIA legal team were not copied.The NIA also rebuffed insinuations that it was plotting to compromise the judgment as it said that it was already on appeal and was looking expeditiously to the determination of its appeal against the judgment won by Dauda.

The letter reads: “It is a rather surprising departure from the professional ethics of the Bar that in a matter or matters in which a SAN represented and still represents the Defendants/Appellants, a letter of that magnitude, which indubitably has put the conduct of a party to the proceedings in issue, is addressed and delivered to non-parties thereto.“It is made worse by your failure to add us to the so many Persons that you copied.

With the greatest respect to you, it is professionally discourteous and not in the best interest of the Bar for anyone to sidestep Counsel on record in the matter and address directly a letter of complaint, as in this case, to third parties who are neither parties on record nor counsel thereof.

The assertion embodied in your letter that your client challenged his removal from office as the acting DG of the NIA is incorrect. For the record, the case instituted by your client at the National Industrial Court was to challenge his dismissal as a Director in NIA. Indeed, the Judgement of the National Industrial Court dated 18th October, 2020 (which has been appealed against) made an unequivocal finding of fact in this regard.

“At page 13 thereof, the learned trial Judge stated as follows: ‘although the Claimant mentioned in his affidavit that he was appointed the Acting Director General of the 2nd Defendant on 7th November 2017 and he was later removed unceremoniously from that position, his removal from the position of Acting DG is not his cause of action in this case.

“In fact, he did not make any complaint or challenge his removal as acting DG in this case. His complaint in this case with respect to the non compliance with the provisions of Article 8 of Instrument NO. NIA. 1 of the NSA Act is specifically about his dismissal from service as a Director in the 2nd Defendant. The Result is that the Complaint did not make a case for his removal as Acting DG nor did he prove his removal as Acting DG to be a violation of any Statue, Instrument, Regulation or terms of his appointment”.

From the afore-quoted portion of the judgment, it is incontestable that the issues in the suit instated at the NIC by your client but now subject of appeal at the Court of Appeal is/are totally unrelated or have no nexus with his alleged removal as the Acting DG of NIA. Instructively, no appeal has been lodged against the finding of the court as embodied in the afore-quoted portion of the NIC judgment.

We state categorically that our client is a law-abiding Institution which places high premium on the Rule of Law. It is uncharitable to suggest, allege or accuse Our Client of taking actions capable of subverting the course of justice or undermining the Judgment of a court of competent jurisdiction.

In clear and unequivocal terms, we state that it is incorrect that our client is making attempts aimed at compromising the personal liberty of your client “on account of the pending appeals or matters connected thereto” as you have alleged in your letter under reference and for which you have failed to provide any concrete proof.

Our client is very much aware and alive to its mandate as provided under the law establishing it. our Client at all times acts within the confines of its mandate in discharging of its primary statutory responsibility in fidelity with the provisions of the Constitution of the Federal Republic of Nigeria as well as the law creating it.

“It is particularly important to emphasize that if at any time, any person or entity engages in any act constituting a threat to Nigeria’s national interest, our client will not shy away from its statutory responsibility. Its trite law that a statutory body is obliged to perform its statutory function at all times.

It is unthinkable that our clients who are the Appellants in the pending appeals will be the ones taking steps or doing any act calculated at undermining or compromising their own appeals.