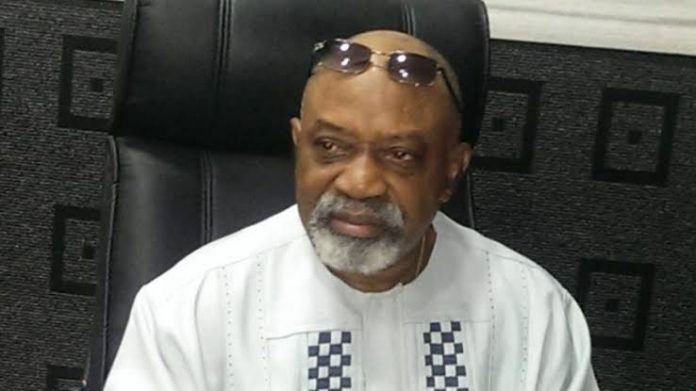 Labour and Employment Minister Chris Ngige has debunked the claim in some quarters that he declined to be the Trustees’ Chairman of Senator Andy Uba Campaign Organisation.The former Anambra State governor, who is the leader of the All Progressives Congress (APC) in the state, described the social media report as fake.In a statement, the minister said he never spoke with anyone on the matter, adding that people should be careful the way they try to tarnish fellow beings’ reputation on social media.

“The malicious article circulating in the social media with the title: Chris Ngige Backs Out of Andy Uba Project, with the attendant campaign of calumny against the person of distinguished Senator Andy Uba (Igwebuike) did not emanate from me or my media aides.

“It is a poorly written fake news. It is very wrong,” he said.Last week, at the campaign office of Senator Uba at Udoka Housing Estate in Awka, the state capital, said Ngige was named the Chairman of the Board of Trustee (BoT) of the campaign organisation alongside other notable personalities.

At the inauguration of the campaign outfit by Uba himself, other members of the organisation were named for Finance, Media and Publicity, Security, among others.