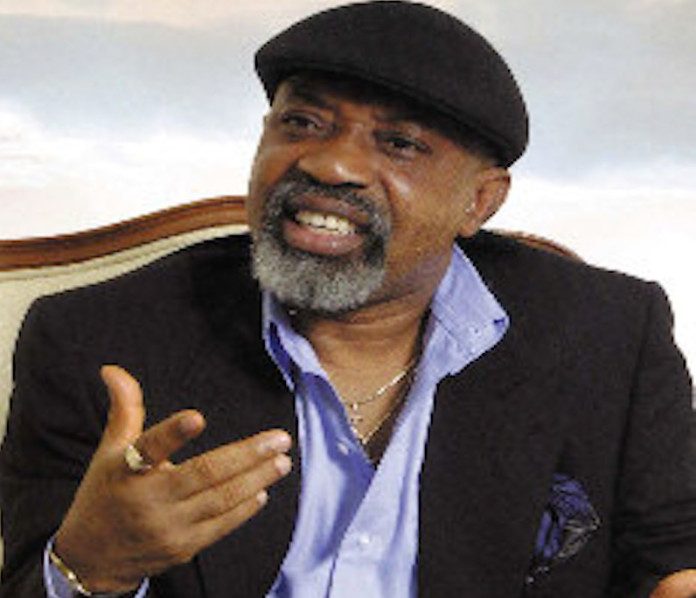 The Minister of Labour and Employment, Senator Chris Ngige has faulted the exclusion of his ministry in the draft National Social Protection Policy.

Ngige said this at a meeting with a delegation of the United Nations and key stakeholder Ministries, Departments and Agencies (MDAs) on Thursday, in Abuja.

The minister also revealed that the meeting was convened on a request by the Director, International Labour Organisation (ILO) Country Office for Nigeria, Ghana, Liberia and Sierra Leone.

The labour ministry should occupy the driver’s seat as most of the issues involved were labour based, Ngige said.

“My ministry is not mentioned at all. And they (Ministry of Budget and Planning) now made themselves and the Ministry of Humanitarian Affairs, as the Chairman and Co-Chair.

“There is no way you can do social security in a country without the labour ministry. The force or gravitas you are using comes from labour, all through. Even if it runs through ten ministries, it is the labour component that drives the entire thing.

He also noted that Nigeria has had a law on social protection since 2010, known as the Employee Compensation Act (ECA) 2010 that replaced the old Workmen Compensation Act

The ECA established the Nigeria Social Insurance Trust Fund (NSITF) by which employers make contributions for workers, both in the public and private sectors, to cover them for injuries sustained in the course of work.

”It is one government, but if we are doing a policy, we should do a policy that will outlive us. We don’t do it because of me or whoever. Policies are policies and they are going to last,” Ngige said.

He added that the thematic areas for social protection covered under Convention 102 of the ILO include medical care, old age benefits, unemployment benefits, compensation for injury at work, disability and even maternity leave, for women doing child bearing and their children,

The minister said that Nigeria had not ratified Convention 102, but was implementing a lot of its provisions piecemeal, like most other countries.

“We are doing them piecemeal because we can’t take them at the same time. Here, our social protection policy tries to do that but I must admit that we have not gotten to where we should be as a country because of our level of development and of course our finances,” he said.

Ngige said that there was need to pay attention to the informal sector in putting up a policy on Social Protection, because a large chunk of our population is in the informal sector, who account for up to 60 per cent and are the vulnerable.

“They earn as they work. If you don’t work, you don’t get money. So, it is really a very serious situation for Africa, not only Nigeria.

“More so, when you now look at the population configuration of the continent and our country, we have a youth budge of 65 percent and 35 percent of them are unemployed. So, we are sitting on a tinder box.

“That is why you have this restiveness all over the place, banditry, insurrection, Boko Haram tendencies, armed robbery, kidnapping and the rest of them. This is a group of unemployed persons who have taken to informal ways of earning their money.

”They kidnap people and ask for N10 million ransom. Even the people doing insurrection in South East, their recruits are people who have no jobs and no hope that the country can give them jobs, so that they can have houses of their own, eat three square meals and train their children,” he said.

Ngige further said that the need to look at our Social Protection policies again what to see how they could be made more beneficial to the states, since most of the people live in villages, wards and local governments, aggregating to the states.

Earlier, Director of Social Development, Federal Ministry of Budget and Planning, Sanjo Faniran, said the Technical Working Committee came to intimate the Minister on where they were on the revision of the policy.

Faniran told the minister that there was an arrangement by the UN system to enable Nigeria to accelerate the achievement of the SDGs by 2030.

“It is on this basis that there was a joint fund in support of the government of Nigeria for the revision of the National Social Protection Policy.

‘It is also to support the Social Protection Policy and programmes across MDAs in Nigeria, both at the Federal and sub-national levels of government.

“It is on the basis of that we commenced the revision of the National Social Protection Policy, whose implementation started in 2017 and expired in 2020 but because of COVID-19, we did not start the revision on time.

”So, the revision did not commence until Aug. 27, 2020 when the multi-sectoral Technical Working Committee was constituted by the Permanent Secretary, Ministry of Budget and National Planning, who was also the chair of the committee, ” he said.

He added that this cut across 36 key stakeholder MDAs including development partners who played a key role in the implementation process.

He therefore said that they came to intimate the minister on the step to harmonise all the laws supporting social protection in the country.

Also speaking, Chief of Social Policy, UNICEF, Hamidou Poufon commended the Ministry of Labour its contributions to the bill on social protection and developing financial mechanisms for it in the country.