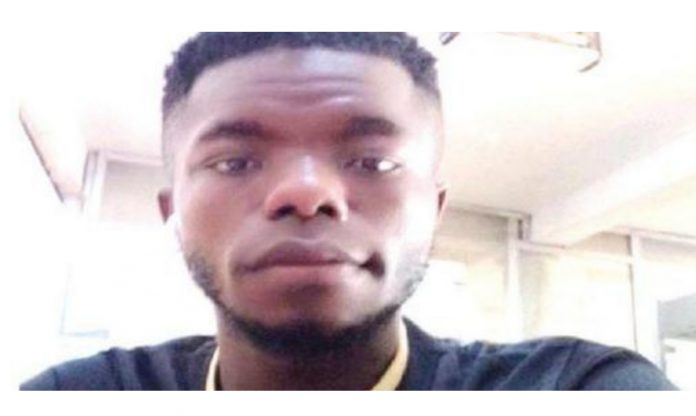 A worker with Tasty Loaf Bakery on Ajelogo Road, Mile 12, Lagos State, John Emeka, has allegedly absconded with the sum of N350,000 belonging to the bakery.

It was gathered that the suspect was seen on the company’s closed-circuit television camera fleeing with the funds, said to be the total sales for Wednesday, March 16, 2022.

Emeka, who recently assumed as a sales representative, was said to have disappeared with the money before closing time.

The firm reported the incident at the Mile 12 Police Station.

It was learnt that the suspect left behind his mobile phone without a SIM card and fled to Ibadan, Oyo State, where his line was tracked to.

The owner of the company, Motunrayo Odusi, said according to the CCTV camera, the suspect disappeared with the funds around 5.48pm.

She said, “My husband met Emeka at a restaurant where he worked and he later introduced his friend, Victor, to my husband and pleaded to work with us.

“He called my husband on the phone after one month that he had lost his job at the restaurant and pleaded for employment, so we accepted and got him employed in our bakery.

“About two weeks after, Emeka asked if he could live in the bakery’s lodge because he had accommodation issues and we accepted him.

“Our sales representative had just resigned, so we asked Emeka to take over the position pending the time he would perfect all documentation process that included his guarantor’s form, since he wasn’t employed directly to handle sales.

“Meanwhile, his friend, Victor, had earlier warned my husband to be careful with him because he stole money where they worked together. But my husband thought it was wrong for Victor to misrepresent his friend.

“On March 16, 2022 around 5.48pm, according to the CCTV camera in the office, Emeka ran away with the company’s total sales for the day, leaving behind his phone without a SIM card.”

He said, “We found out that there was no guarantor on record for the suspect which is very important and that is why we advise Nigerians to do proper findings about their prospective employees.

“The presented guarantors can also be registered with the Police’ First Criminal Investigation Department Registry which will discourage such staff from committing crime and makes it easy to carry out investigation when necessary. But investigation is still ongoing and the culprit will soon be tracked down.”