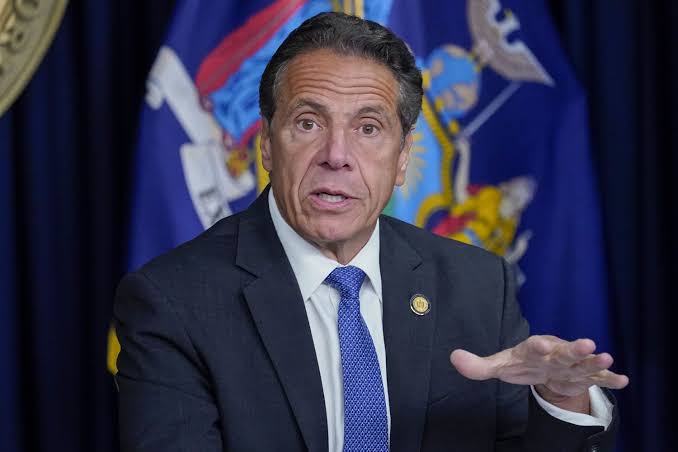 Lt. Gov. Kathy Hochul, a Democrat, will serve the rest of his term, and will be the state’s first female governor.

This ahd led to calls from top Democrats, including President Joe Biden, that he step down.

Lt. Gov. Kathy Hochul, a Democrat, will serve the rest of his term, and will be the state’s first female governor.

Facing impeachment proceedings, which he admitted he would be unable to counter, Cuomo, 63, announced he’ll leave office in 14 days while continuing to insist that he did nothing wrong.

Speaking to his three daughters, Cuomo said, “I want them to know from the bottom of my heart that I never did and I never would intentionally disrespect a woman, treat any woman differently than I would want them treated and that is the God’s honest truth.”

“Your dad made mistakes. And he apologised, and he learned from it and that’s what life is all about.”

After he was first hit with sexual harassment allegations earlier this year, Cuomo ignored bipartisan demands that he resign, and predicted the investigation he authorised state Attorney General, Letitia James to carry out would exonerate him.

Instead, the report alleged that he had harassed 11 women — nine of whom were state employees — and subjected some of them to unwelcome touching and groping. His office also retaliated against one of the women after she spoke out about how she was treated, the report alleged.

In the wake of the report, the state Assembly had begun to organise impeachment proceedings. Local law enforcement officials also announced they were investigating whether criminal charges were appropriate.

The attorney general was asked if Cuomo should step down after she released the report last week. “That decision is up to the governor himself. The report speaks for itself,” she responded.

Biden, a longtime Cuomo ally, was more blunt when he was asked about the report. “I think he should resign,” Biden said.