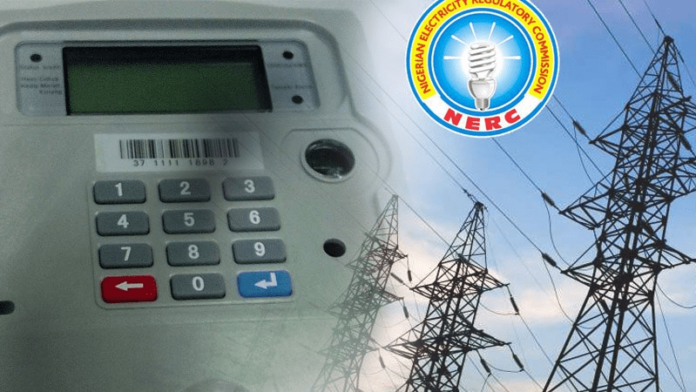 The Nigerian Electricity Regulatory Commission (NERC) on Tuesday ordered the 11 electricity distribution companies (DisCos) to suspend for two weeks the implementation of the new electricity tariffs they introduced on September 1.

The suspension order No. NERC/209/2020 dated September 28 was signed by the Chairman of the commission, James Momoh, and the Commissioner for Legal, Licensing and Compliance, Dafe Akpeneye.

The commission said the suspension order would last between September 28 and October 11 when it shall cease to have effect.

During the period, NERC said “all tariffs for end-use customers and market obligations of the DISCOs during the 14-day suspension shall be computed on the basis of rates applicable as at 31 August, 2020.”

On September 1, NERC, pursuant to Sections 32 and 76 of the Electric Power Sector Reform Act, approved the Multi-Year Tariff Order 2020 for the 11 successor electricity distribution companies.

The commission said the primary objectives of the MYTO 2020 Order was to ensure that rates charged by the DisCos were not only fair to customers, but also sufficient for the DisCos to operate efficiently to recover the full cost of their activities, including a reasonable return on the capital invested in the business.

Following the approval of the new tariffs by NERC, the 11 DisCos immediately hiked their electricity rates, which has now been in operation for about four weeks.

NERC had, however, said the hike would not affect consumers who do not get daily supply of electricity cumulatively for 12 hours a day for a month.

Applicable tariffs for customers in service band D and E (that is customers with a service commitment of less than an average of 12 hours supply per day over a period of one month) would be deferred for the period between September 1 and January 1, 2021.

However, on Monday, the 14 days ultimatum by the organised labour for the reversal of the hikes in the fuel price and electricity tariffs throughout the country lapsed.

To avert the strike, the government met with the Nigeria Labour Congress (NLC) and the Trade Union Congress (TUC).

At the meeting, it was resolved that the review in electricity tariffs would be suspended for 14 days.

The resolution was to allow for further consultations and finalisation of negotiations between the parties on the issue of electricity tariffs hike.

Consequently, NERC said the decision to issue the suspension order was in compliance with Section 33 of EPSRA which states: “the Minister (of Power) may issue general policy directions to the Commission on matters concerning electricity, including directions on overall system planning and coordination, which the Commission shall take into consideration in discharging its functions under section 32(2), provided that such directions are not on conflict with this Act or the Constitution of the Federal Republic of Nigeria.”

Efforts to reach the DisCos on the NERC directive and its implementation were not successful.

The Executive Director of the Association of Nigerian Electricity Distributors (ANED), Sunday Oduntan, who is also the spokesperson of the group, did not respond to calls and a text message sent to him on the matter.