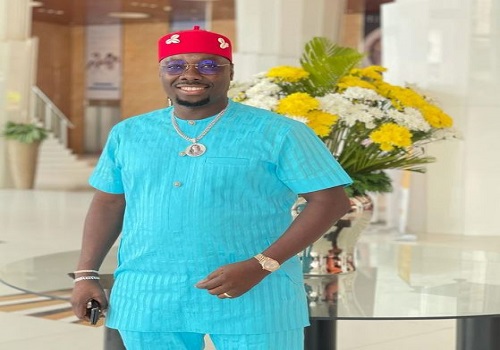 According to Punch, the entrepreneur, who is the chairman of the Cubana group of companies, was grilled on Thursday for about five hours at the Abuja headquarters of the NDLEA before he was granted bail.

Sources in the know of the case were quoted as saying suspicious payments were made into Cubana’s account by three convicted drug dealers from Malaysia, Nigeria, and India.It was gathered that the socialite was allowed to go home in order to get some documents and return at a later date.

It is also understood that the NDLEA and the Economic and Financial Crimes Commission (EFFC) have widened their probe into Obi Cubana and his business based on the premise that he may be involved in the drug business.

Cubana, who has been in the nightclub business since 2006, made headlines globally last July when he organised a massively attended lavish funeral for Ezinne Iyiegbu, his mother, in Oba, Idemili South LGA of Anambra state.When contacted, Femi Babafemi, spokesman of the NDLEA, declined to speak on the matter.

The fresh case comes after the EFCC had similarly grilled Cubana for alleged money laundering and tax fraud.It also follows after NDLEA arrested and detained De General, a skit maker, over drugs found in his Lagos home.