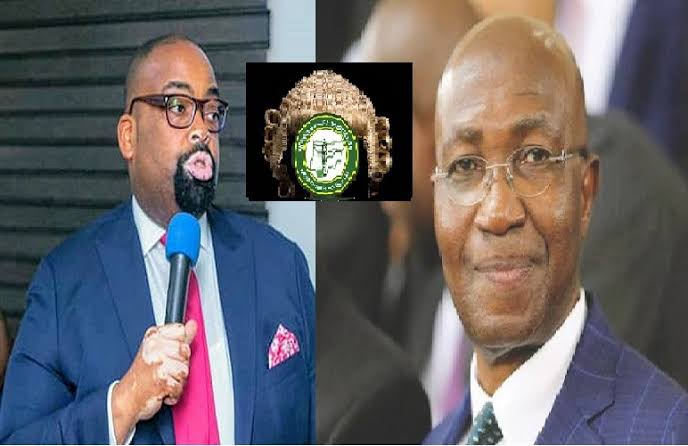 The Body of Bencher has temporarily declined the appointment of the immediately passed NBA President to the August body, as a representative of the NBA.

The Body which serves as the apex regulating organ in the legal profession, also bemoaned the recommendation of the erstwhile NBA President, Olumide Akpata, as one of the Bar representatives to the Body without any prior ratification or approval by the NEC of the Bar Association; despite approving the nomination of the duo of Mr. Solomon Umoh SAN and Mr. Sule Usman Ogwu SAN, as part of 3-man nominees forwarded by NBA President, Mr. Yakubu Maikyau SAN to the Body of Benchers for approval as NBA representatives.

According to City Lawyers, trouble started when Justice Umaru Abdullahi (rtd.) led the Appointments Committee and faulted the non-inclusion of the curriculum vitae of Mr. Akpata alongside the Letter of nomination as required by the Body for (all) nominees.

Recall that the current NBA President had at the last pre-Call to Bar meeting assumed responsibility for the omission while noting that same had been ratified.

Sources familiar with the matter have however faulted the BoB requirement of an NEC approval for NBA nominees, noting that same has no statutory backing but merely a formality adopted when convenient to the NBA President.

According to a source familiar with the matter, and present at the BoB meeting, “Any suggestion that NBA-NEC approval is required for Body of Benchers appointment is, with respect, totally misconceived. It is only an appointment to the National Judicial Council (NJC) that must be subjected to NBA NEC approval. I believe that Akpata’s predicament is more political than otherwise.”

Recall that longing into Chief Wole Olanipekun’s emergence as BoB Chair, the Body and the NBA have been involved in a cold war following calls by some leaders within the Association for Olanipekun, SAN, to step down as Chairman following a ‘publicly perceived indictment’ on his person. An indictment tied to ‘Senior Advocate of Nigeria, Mr. Odein Ajumogobia SAN over an email from Ms. Adekunbi Ogunde, a Partner in Wole Olanipekun & Co, allegedly soliciting to take over a brief his law firm was handling from his client, SAIPEM SPA’.