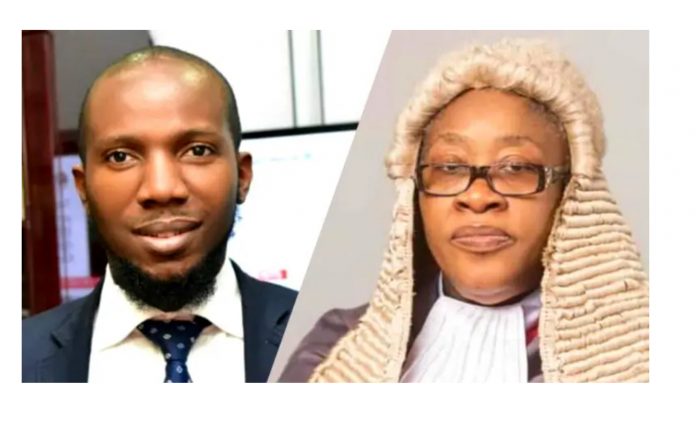 The Chief Judge, last week, sentenced the lawyer to one month imprisonment over alleged contempt, a development which has put the NBA on the edge.

NBA President, Mr Olumide Akpata, in a statement on his facebook post, yesterday, said: “I have received positive feedback from the NBA 1st Vice President, Mr. John Martins, regarding our member, Inibehe Effiong, who was incarcerated this week on allegations of contempt of court.

“As I advised on Thursday, the NBA 1st Vice President was instructed to travel to Akwa Ibom State and leave no stone unturned in ensuring the release of Mr. Effiong.

“Mr. Aikpokpo Martins visited Inibehe at the Ikot Ekpene prisons in the company of the Chairman NBA Uyo branch and had assured me that Inibehe is in good spirits. He has my mandate to remain in Akwa Ibom State and continue to work toward securing Mr. Effiong’s release.”

Also, Chairman, NBA, Uyo branch, Ememobong Udoh, said that a high-powered delegation comprising elders, past chairmen and officers would meet with the CJ in a desperate bid to find a ‘diplomatic’ solution to the logjam.

“I am going to ask some elders, past NBA chairmen and officers to go with me and also plead with the CJ. When I was in the office, some boys came with placards to the CJ office. Placards will not remove Inibehe from prison. Placards will only complicate the matter,” he said.

He said the NBA would not go on an appeal as such approach would take a long process to get him out from custody, as according to him,” the Appeal Court will be going on vacation and will be coming back on September ending. It, therefore, means that the matter cannot be entertained until the Appeal Court resumes and a lawyer cannot stay there that long.”

Udoh noted that neither the lawyer nor his representative had given him a formal report on what transpired in the court on that fateful day.

Buhari: Soyinka backs call for Impeachment of the President