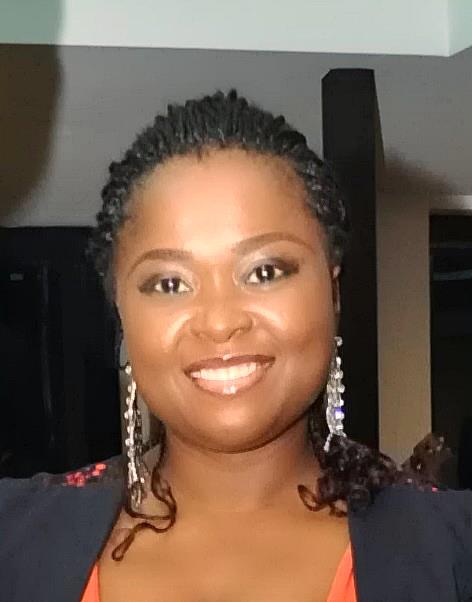 NBA Lawyers In the Media (LIM) Roundtable held on Thursday 28th of September, 2017 at the Protea Hotel, Edo State.

The Nigerian Bar Association (NBA) Lawyers in the the Media (LIM) Forum recently held a Roundtable in Benin City, the Edo state capital, during which they pondered on the theme, ‘ Consumer Protection & Economic Development: Best Practices for the Implementation of Consumer Protection Policies & Regulation. The event which took place at the Protea Hotel, Benin City, Edo State, brought together legal and media practitioners, knowledgeable and influential stakeholders in the trade and consumer protection policy reform sector, as well as academics to proffer practical solutions towards developing a robust consumer rights reform agenda in Nigeria.

Other subtopics considered at the gathering include ‘Regulation & Legislation in the Manufacturing Industry: Ensuring Fair Trade & Consumer Protection, and ‘Consumer Rights & Sustainable Air Services: Policy Reform In The Aviation Sector’.

The event which took place at the Protea Hotel, Benin City, Edo State, brought together legal practitioners, knowledgeable stakeholders in the Trade and Consumer Protection Policy Reform Sector to proffer solution to the developing Consumer Rights Reform in Nigeria. “LIM programmes,” Kio-Lawson added, “attempt to expose critical issues and regulatory challenges in the reform of the manufacturing and aviation sectors, competition in sector, guidelines, safeguards rights and interests in consumer protection, the role of the media as well as the limitations of the Consumer Protection Act.

Describing the challenges of consumer protection in Nigeria as enormous, the LIM chairperson said these challenges range from the NBC Policy on Cable TV and the abuse of consumers rights, unsatisfactory customer services across sectors including banking, telecommunications, manufacturing, aviation, among others. She expressed confidence that the presence of key players of relevant industries at the Roundtable would bring the underlying issues to the fore, with a view toward enhancing the laws protecting the consumer, ensuring fair trade for stakeholders in production and service industries and driving policy changes for economic development.

In delivering his paper Prof. J.O Odion (Head of Business Law Department; UNIBEN) said that consumers needed protection because of their vulnerable position, especially in regard to the inequalities of bargaining power which always tended to tilt in favour of the service provider/manufacturer of goods. He observed that information was key to consumer protection, and insisted that the consumer must know the nature of the goods and services required and to understand the contract being entered into.

Chinwe Odigboegwu, who is the Head of Litigation. Nigerian Bottling Company, shared her opinion as a Nigerian lawyer. “Nigeria is over legislated and under governed,” she asserted, “and already has a few laws on Consumer Protection which need to be amended to include international best practices to create a balance.”

She however tasked media practitioners to endeavour to verify information or complaints received from the public as regards imperfect goods or poor services, before disseminating them, and recommended that consumers explore the Alternative Dispute Resolution (ADR) mechanisms in resolving issues as against outright litigation, and also call for adequate training for relevant personnel of regulatory authorities, manufacturers and service providers in handling consumer related issues.

An entrepreneur and chairman of the Edo State Chapter of the Institute of Strategic Management, Mr. Edosa Eghobamien, told the gathering that both the consumer and the service providers had a big role to play in ensuring that people got the best quality service. At tge end of the day, he said, service providers were also consumers of other goods and services. He advised service providers to imbibe the principles of discipline and integrity in conducting their businesses.

A representative of the Airpeace Airline’s Chief Executive Officer, outlined the multifarous problems airlines in Nigeria faces in a bid to satisfy their customers. He blamed the epileptic services of most airlines, delays in flight and other general complaints on the lack of up to date infrastructure at the country’s airports. He also revealed that the strict pricing of flight tickets was also the reason for airlines’ inability to compensate passengers for flight delays.

Jonathan Ikiebe, Esq. in his suggestions extracted from the Consumer Protection Law observed that the law was not strong enough to ensure that the consumer was adequately compensated for losses. For that reason, he advocated a “Strict Liability” on the part of service providers and manufacturers of substandard goods.

The Director General of the Consumer Protection Council, Tunde Irukera observed that Consumer Protection in Nigeria was still developing, and that in spite of various nitiatives they have as a Council, the body does not have enough funds to carry out its responsibilities. In the last 5 months alone, he said, the CPC had received thousands of complaints especially with regards to the issue of estimated billing – complaints which might be more effectively handled but for the paucity of said funds. He however noted that the CPC was working out procedures to improve its funding and expand its reach. He also assured that the Consumer Protection Council was already in agreement with the public and private sector, service providers, manufacturer of goods and other government agencies to ensure that consumers were adequately protected from imperfect products and poor service delivery.

On the area of consumer education, the DG had this to say, “We have many initiatives currently being explored; such as our engagement with Civil Society, educational institutions, financial institutions etc. People should start engaging with service providers and demand for quality service where there is none. Consumers should realise that service providers are not doing them a favour.”

A number of distinguished guests were gonoured at the occasion – among them the Hon. Chief Judge of Edo State, Justice Esohe Ikponwen; the Solicitor-General of Edo State, Augustine Alegeh SAN; the Vice Chairman, NBA Section on Business Law, Seni Adio SAN; immediate past General-Secretary of NBA, Mazi Afam Osigwe; Chairman, NBA Benin Branch, Prof. A. D. Badaiki; Mr. Mobolaji Ojibara from NBA Ilorin Branch; as well as the respective Deans of Law at the University of Benin and the Ambrose Alli University at Ekpoma, Edo State.

The awardees congratulated the NB Lawyers in the Media Forum for putting together such an apt and fascinating roundtable discussion at this period of the nation’s fight against consumer rights abuses.

At the end of the LIM Roundtable, invited media organisations, speakers and delegates and particularly the elated members of the No collaborate with government agencies and other consumer protection groups around the country.