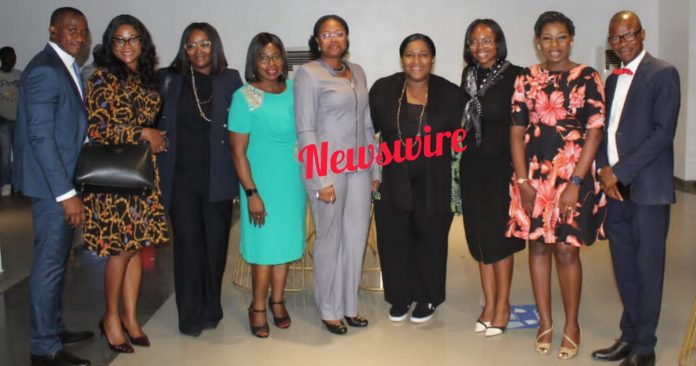 For in-house and government counsel, the days of relative invisibility and marginalization from the scheme of things as far as the Lagos branch of the Nigerian Bar Association (NBA) is concerned, are over – thanks to the recently-formed In-House & Government Counsel Forum (IGCF) of the Branch. Inaugurated on August 30th, 2021, the Forum aims to move lawyers in the public and corporate sectors of the legal ecosystem from the margins to the mainstream of the life and operations of the NBA’s Premier Branch.

NEWSWIRE Law & Events Magazine’s correspondent in Lagos reports that as part of its activities in pursuit of these objectives, the IGCF held an inaugural ‘Meet and Greet Cocktail’ Party at the Suzuki (CFAO) Showroom on Akin Adesola Street, Victoria Island, Lagos. The low-key but lively and well-attended event, which was anchored by Andrew Enakhifo, Chief Compliance Officer at Lotus Financial Services, was graced by legal personnel (including recognized rainmakers) from some of the most reputable corporate organizations in the nation’s commercial nerve centre.

In her brief welcoming remarks, the Chairperson of the Forum, Ms. Justina Lewa, who until recently served as the Company Secretary of Sterling Bank Plc, described the get-together as a reunion of sorts, and an opportunity for in-house and government counsel to network and form bonds with their counterparts across the in-house ecosystem, as well as create awareness about the objectives of the Forum. These objectives, Ms. Lewa went on to say, included a series of training and mentorship programmes for both young and experienced lawyers intending to transition in-house set to commence in early 2022. She listed the various sub-committees that have already begun operations in this regard – while disclosing that the Forum had been granted a session at the forthcoming NBA Lagos Law Week in March – and called for greater involvement among in-house and government counsel.

Also speaking, the Vice-Chairman of the NBA Lagos Branch, Mrs. Abiye Tam-George (who represented the Chairman, Mr. Ikechukwu Uwanna, described the event as an opportunity to bridge the gap between courtroom lawyers and in-house personnel, as they seek to confront common challenges. She called on the membership of the IGCF to make the most of the Forum’s role and envisaged high standing within both the Lagos Bar and the NBA’s Section on Business Law (SBL).

Other speakers included Mrs. Chinwe Odigboegwu, Legal Director at Guinness Nigeria Plc, who spelt out the modalities of the Forum’s scheduled activities and affiliations; Mr. Sola Dosunmu, Chair, NBA-SBL Corporate & Regulatory Counsel Committee, who is also the Head of Legal at British-American Tobacco (BAT) for the West African region; as well as Sola Olaniyan, who spoke on behalf of the hosts (and one of the sponsors) of the event.

The Meet and Greet Cocktail came to a close with a vote of thanks by Mr. Enakhifo, as guests continued to network and sampled the delicacies on display, against the backdrop of soulful music.