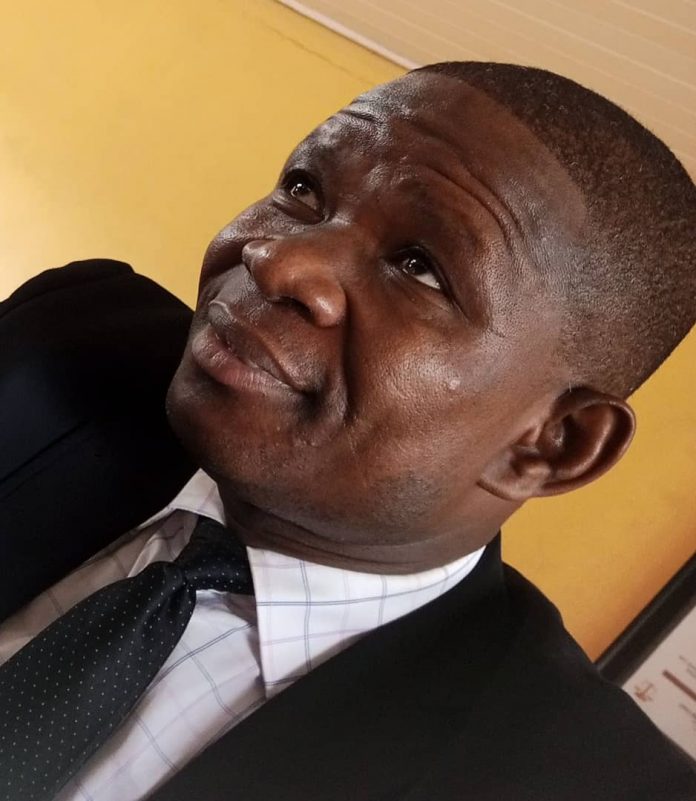 (A Preliminary Prognosis, by Udems)

“In a petition addressed to Mr. Wale Akoni, who is the Chairman of NBA Lagos Electoral Committee, Shola alleged that Nta breached the NBA Uniform By-laws 2015 by sending letters to lawyers and law firms within Lagos Branch to intimate them of her intention to run for the Office of the Secretary.(see: “NBA Lagos Elections: In An Unprecedented Move, Shola Abiloye Seeks Disqualification Of His Opponent, NTA Ekpiken” published June 27, 2021
On Thenigerialawyer)
➖➖
I know Mr. Shola Abiloye and I know Ms. Nta Ekpikem. The question bothering me is this: did Shola really file such a petition against the lady upon such a ground? Is such a good ground, in law? Let’s verify these because if that is the only ground for the petition, then I am confused.

Look at it this way. The truth is, and this is a Res Ipsa Loquitur Case, all the Contestants-Aspirants-Candidates (CAC’s) have been reaching out — by letter, via WhatsApp, email, SMS, phone call, etc. It is natural during election time. A number of them have contacted me. There’s hardly any member of Lagos NBA Branch who can honestly say none of the CAC’s has contacted him/her to ask for his support, blessings or prayers. Please, what is wrong in Private Reaching Out (PROut) by phone call, SMS, WhatsApp, email or other private written communication medium, even before the embargo (if any) on open campaign is lifted? Are you saying that if I am contesting an election, I should sit down at home, fold my hands/arms, keep my fingers crossed and expect people to vote me just like that?
What about the wise saying that _”if you don’t work for anything, nothing works for you”? Besides, please, note that Private Reaching Out (PROut) is different from Reaching Out Publicly (ROP). I agree that if a CAC reaches out PUBLICLY when open campaigns (like open grazing) are legally forbidden, the rule against ROP will ROPE IN the affected CAC (Contestants-Aspirant-Candidate). But why should anyone think that PROut violates the rule against ROP?
Guys, please check it out now?

And (as I respectfully believe; don’t kill me if not) if Private Reaching Out (PROut) is allowed at this time, then note that, in law, Private Reaching Out (PROut) by means of hard or soft copy LETTER is exactly the same (and on the same plane and having same effects) as PROut by WhatsApp, SMS, email or phone call. The key factor is that it’s done Privately, the precise means is immaterial. Can a lady who solicits for sx from the balcony of her house say she has not broken a law that forbids “soliciting for sx from/on the street? (This question was answered in SMITH v. HUGHES (1871) LR 6 QB 597). Guys, all na the same. Let no one try to pull the wool over anyone’s eyes, in this. The mischief rule is apt.

Therefore, I humbly submit, private letter writing (which is a type of PROut), does not breach any ROP or ban on open campaigns. What’s banned is ROP or “open campaigns”. And if one thinks that Private Reaching Out (PROut) by Letter could be ultimately held to be against ROP, then it is my submission that Private Reaching Out (PROut) by any one of email, SMS WhatsApp or phone call (provided there’s evidence thereof) is also against ROP. Sauce for the goose is sauce for the gander. If we accept this suggestion, which I think (I don’t know what you think) is both logical and reasonable (especially considering that section 84 of the Evidence Act, 2011 places hard copy documents on the same place as ICT-generated soft copy documents) then the implication is that all the aspirants have sinned and fallen short the glory of ROP and by extension the aspect of the Bye-Law (if any) that forbids open campaigns. See (Romans 3:23, KJB; all have sinned). Who among the CAC’s, including the present Petitioner (if indeed there’s a petition), the Petitionee, and all, can beat his/her chest and honestly say “I have not committed or engaged in, Private Reaching Out (PROut) since I was cleared to contest”? Indeed, in my humble opinion, based on experiences as one who has been privately contacted by some, anyone of the CAC’s who says he/she has not committed Private Reaching Out (PROut) is merely playing to the gallery and calling Law and God a liar. “If we claim we have not sinned, we make him out to be a liar and [this means] his word is not in us”. (see 1 John 1:10). Similarly, still looking at the Christian Holy Book, you’d recall the lady who was brought before Jesus (the Christ) to be setenced to die by stoning for alleged adultery. The crowd had persisted in asking that Jesus should proclaim the suspect “guilty” so that they could descend upon her (jungle justice) to send her to death. The Bible records what followed after, thus: “So when they continued asking Him, He lifted Himself up and said unto them, “He that is without sin among you, let him first cast a stone at her”.(John 8:7, KJ).

The bottom line is this, Learned Colleagues, all and each, “Why do you look at the speck of sawdust in your brother’s eye and pay no attention to the plank in your own eye? 4 How can you say to your brother, ‘Let me take the speck out of your eye,’ when all the time there is a plank in your own eye? 5 You hypocrite, first take the plank out of your own eye, and then you will see clearly to remove the speck from your brother’s eye”. (see Matthew 7: 3-5).
Anyway, I will look at the NBA Uniform Bye Law and still write again,on this to prosper the discussion in the interest of fair-play, equity and the spirit of sportsmanship which should guide all our actions, anywhere and everywhere. Maya Angelou explained, “…equal rights, fair play, justice, are all like the air: we all have it, or none of us has it. That is the truth of it”. Let’s not forget that in the Lagos Branch, we are still one and working towards the same objective of making the branch greater. Calm, friendly and peaceful atmosphere and relations prior to and during the elections would have serious impact on how the future of the branch could come out. Nelson Mandela wrote: “The calm and tolerant atmosphere that prevailed during the elections depicts the type of South Africa we can build. It set the tone for the future. We might have our differences, but we are one people with a common destiny in our rich variety of culture, race and tradition”.

Now, forgive me, your boy, I have to add this. I encourage us to encourage women’s participation in elections and in politics. Let’s not scare women away. Reasons:
(1).Margaret Thatcher said, “If you want something said, ask a man. If you want something done, ask a woman”.
(2). God created them to be pampered by us men. The woman came out of a man’s rib, not from his feet to be walked on, and not from his head to be superior, but from his side to be equal. Under the arm to be protected, and next to the heart to be loved. The wellbeing of women is too important to us because to us, women are jewels of inestimable value.
(3) Man is nothing without woman. Mark Twain wrote, “What would men be without women? Scarce, sir…mighty scarce. Popular American actor and singer, Raquel Welch, put it this way, “Without women to nurture in this world, how do – how do men get by? How do children get by? How does society get by at all?” This is why many people (including udems) wouldn’t agree with James Brown said it’s a man’s world. But, me, it would be nothing, nothing without a woman or a girl; any idea of a world without women would have been a mere fiction. And that is why gender imbalance is severely condemned as violence against women is heavily abhorred and discrimination against women is strongly deprecated. If you ask me to describe woman, I will simply turn to Janice Trachtman: ”Everything is within her power, and her power is within her.” A man neglects these words only to his peril.
(4) They should be by our side always, in everything, everywhere. Ellen J. Barrier had this to say : “On the left side of a strong woman, stands a strong man; he is strengthened by her character.” Of the world, just as of the family, man is the head, but woman is the heart. Can anyone of these pair survive without the other? Your guess is as good as mine. Neither of man or woman is perfect or complete without the other. Men and women must work together in unity of purpose, relying upon each other’s strengths.

These, among others, are why we must never scare them away. Petitions such as this one (if any), especially on such a ground, could discourage women and scare them away. And that would be too dangerous for us men, and, in this case, for Lagos Branch of the NBA. Let me even add, should law bother about truffles,?