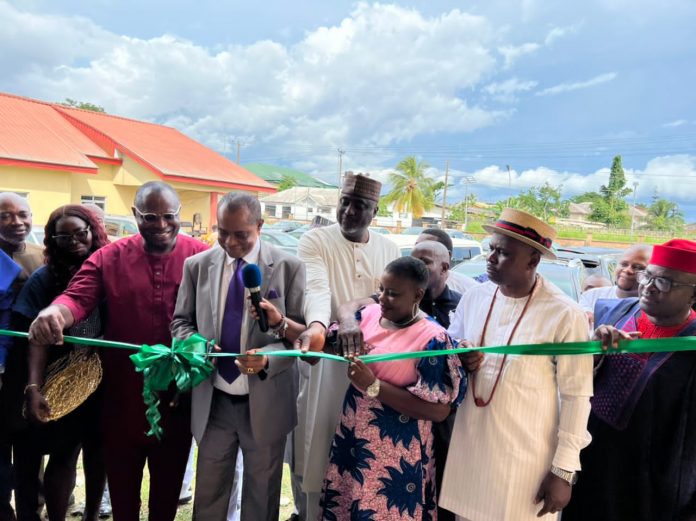 Shortly after leaving the Annual General Meeting (AGM) of NBA Warri Branch, Yakubu Chonoko (YC) Maikyau SAN and team stormed the Effurun Branch where it was holding her AGM. As a mark of recognition, Mr. Maikyau SAN was invited to join other leaders of the Branch, to participate in the official opening of the Branch’s Bar Centre.

Mr. Maikyau SAN was also requested to present an Award of Excellence to Mr. Olumide Akpata, the President of the NBA who was not present but same was duly received on his behalf by his Special Assistant on Branch Matters, Ogaga Emoghwanre.

Mr Maikyau SAN, Candidate for the Office of President NBA was called to address the members of the Branch and While speaking to the members and extending his goodwill to them, he said:

*”If elected as the NBA President, we would consolidate and build on the gains of this administration. We will for instance, pay for 1000 additional beneficiaries of the NBA-NHIS in the first year of our administration and another 1000 in the second year, in addition to renewing the subscription of the initial 1000 beneficiaries, such that at the end of our administration, 3000 of our members would have been enrolled in the scheme, as stated in my Manifesto”.

He thanked the EXCO and members of the Branch for their unflinching support towards his aspiration to lead the bar. As he concluded, the audience gave him a clap ovation before he took his leave to Ibadan.