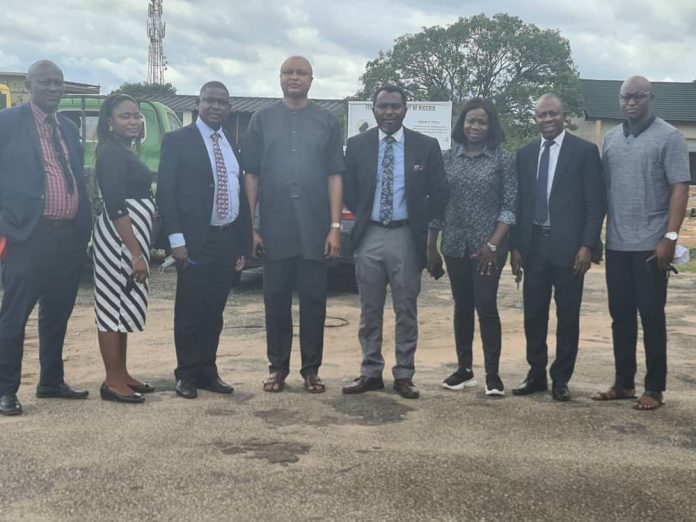 Th Executive Council Members of the NBA, Benin Branch were introduced to the Zonal Coordinator by the Publicity Secretary Mr. Ogaga Emoghwanre, Esq.

The Chairman of the Benin Bar in addressing the Zonal Coordinator decried the constantly worsening state of the federal roads in Edo State, stated that the roads have all become death traps and easy for kidnappers, bandits and other criminal elements to wreck havoc on citizens and travelers. He further stated that the distress visit to the Zonal Coordinator became necessary so as to draw his attention to the state of the roads which include: Benin/ Sapele Road, Benin/Lokoja Road, Benin/Lagos Road and Benin/Agbor Road.

The Secretary of the Benin Bar, Mr. O. A. Lawani on his part added that palliative measures would go a long way in maintaining the roads. He further stated that the Benin Bar is very ready to collaborate with the Agency and add its voice to the agency’s so as to ensure the government hears the clarion call.

On his part, the Zonal Coordinator appreciated the visit of the Benin Bar Executives. He noted that the agency at the South South level is doing its best to ensure the roads are maintained.

He however outlined the challenges they are facing in this regard as follows:

He then appealed for synergy with the Bar in giving wide publicity to the continuous abuse and destruction of the affected roads and prosecution of those flouting the rules and regulations of the highways.

The Coordinator also pleaded with the executive, that whatever step the Bar has to take regarding the issues raised, should not be limited to its Benin office, it should ensure the same gets to the agency’s headquarters.

The NBA, Benin Bar Chairman assured that having heard from the agency, the Bar will take steps to liaise with the state government to ensure enforcement of road safety rules to preserve the roads.