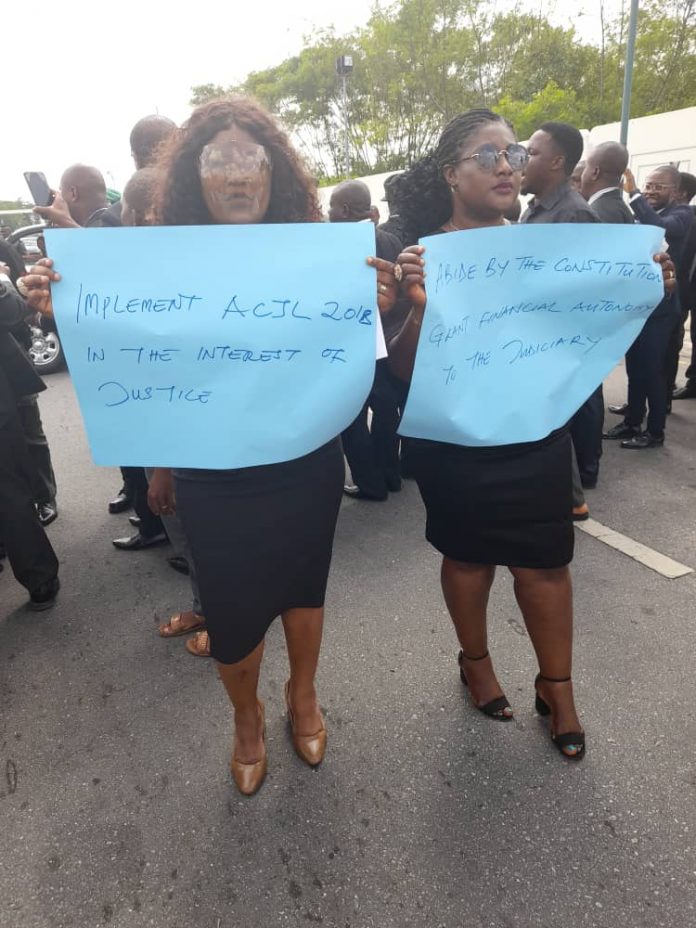 Newswire learnt that Akwa Ibom state govt sent out police officers to stop the protest but they refuse to give up while peacefully seeking for their voice to be heard.

It was disclosed in a statement Monday, jointly signed by the NBA branch chairmen of Uyo, Eket, Ikot Ekpene, and Oron, Elder Aniema Etuk, Gloria Etim, Esq, David Ekpo, Esq and Tokunbo Otoyo, Esq., respectively, have fumed on what they called the “Lackadaisical Attitude” of the State Governor and the State House of Assembly towards the implementation of Financial Autonomy for the State Judiciary.

The chairmen noted that the attitude of the State Government towards resolving the Industrial Action embarked upon by the Judiciary Staff Union of Nigeria (JUSUN) which has grounded judicial activities in the State.

Consequently, the branch Chairmen are therefore called on its members to come out in Mass for a peaceful protest to the Government House.