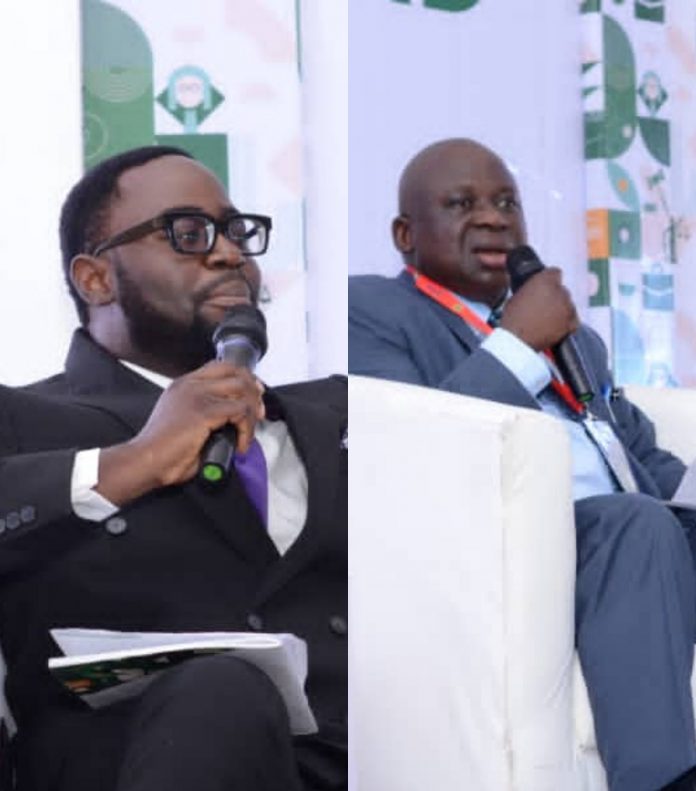 The disparity between the number of cases pending before the various courts of record across Nigeria and the actual rate of disposal of these cases (at just 14%) is so wide as to be totally abysmal. This state of affairs has been identified as a major threat to the effective dispensation and overall administration of justice – now and in the future. At a breakout panel during the ongoing 61st Annual General Conference of the Nigerian Bar Association (NBA) in Port Harcourt, Rivers State, a number of speakers rated this disparity among a number of other disparities.

According to NEWSWIRE Law and Events Magazine’s correspondent in the Garden City, the session was moderated by Kubi Udofia, a partner at the law firm of Babalakin & Co., and boasted the distinguished presence of the President of the National Industrial Court (NIC), Hon. Justice (Dr.) Benedict B. Kanyip; Dr. Adedamola Bamgbose of Hogan Lovells; Adeyinka Aroyewun, Director of the Lagos Multidoor Courthouse, and Osaro Eghobamien, managing partner at the law firm of Perchstone & Graeys.

In his opening response, Hon. Justice Kanyip described this low case disposal rate as an utter failure which should alarm any right-thinking litigant. In terms of solutions, he said, funding is a key component. He however, frowned on the idea that merely appointing more Judges and Justices would automatically solve the problem of court congestion – for the simple reason most, if not all, that these appointments are merely replacements (for those who have passed on, or retired, or otherwise incapable) rather than increases in number. A far better solution to court congestion, the NIC President offered, laty in the growth of the alternative dispute resolution mechanism (or ADR) mechanisms that are slowly but surely gaining acceptance in many jurisdictions around the country and the world as a whole.

Support for ADR also ran strongly through the responses of the other panelists – with Eghobamien cautioning, however, that the system should be more circumspect in its recourse to ADR. He called on lawyers to seek a better understanding of ADR in order to make the best of it, while Judges should be less hesitant to refer relevant cases to ADR; after the settlement, the cases could still return to court in the form of settlement judgments.

The frequent adjournment of court cases was identified as yet another bane, the panelists agreed, with Bamgbose arguing for a sterner costs regime for either frivolous adjournments or challenges to awards by lawyers. On the creation of schemes and initiatives to tackle the problem of congestion, he also called for greater commitment to existing schemes on the part of all stakeholders, rather than the rush to create new schemes and initiatives.

Another solution, the panelists offered, is a more widespread use of electronic means of carrying out trials such as relaying evidence and even communication between the Judge and others concerned in those processes – in spite of the challenge of technological dysfunction and disruptions that may come up from time.