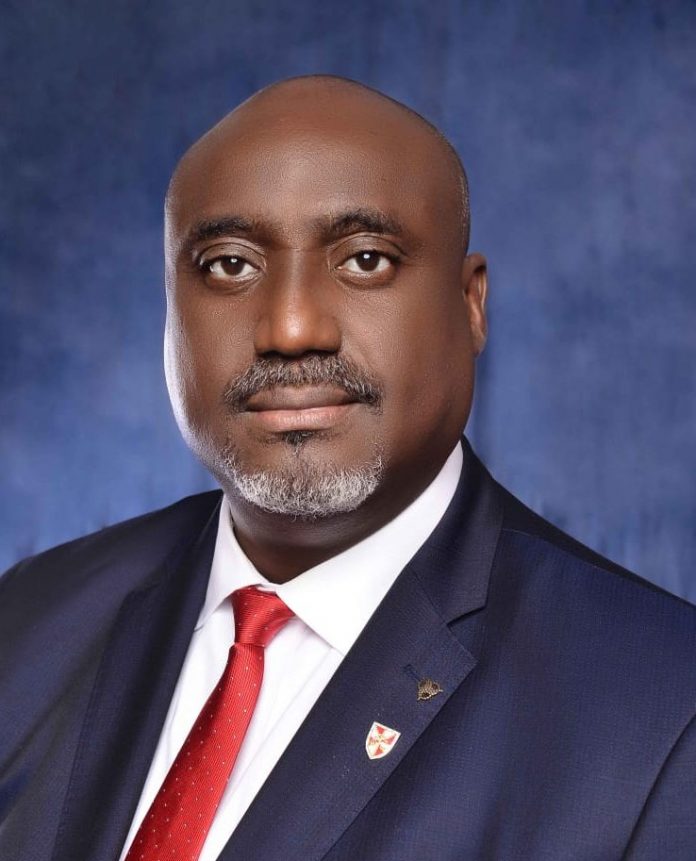 The learned silk Y.C Maikyau called for improved remuneration for Judges in the country to avoid their being tempted into engaging in acts of corruption .

The Nigerian Bar Association(NBA) Presidential Aspirant lamented that the salaries of Judges including the Justices of the Supreme Court have remained stagnant since 2007 and called for its upwards review .

He commended the Judges in the Judiciary for striving to leave above board despite the challenges of poor remuneration and welfare .

Mr Maikyau spoke in Abakaliki, capital of Ebonyi State at a parley with the State chapter of the Nigerian Bar Association where he was adopted as its consensus candidate for the position of President .

All three branches of the Nigerian Bar Association in the State namely, Abakaliki, Onueke and Afikpo endorsed the adoption of Y.C Maikyau SAN as the consensus candidate of the State Chapter for the office of NBA President in the forth coming election .

The event, which took place at the CitiHub Events Centre , had hundreds of lawyers from the three branches in the State in attendance .

The NBA Presidential aspirant while addressing his learned colleagues promised to carry on with the policies of the Olumide Akpata administration .

He noted that his administration will work to ensure that welfare of young Lawyers are adequately protected and improved .

Mr Maikyau also said his administration, if elected, will strive to enforce discipline and obedience to the rule of law by lawyers .

He said his administration will look after the integrity and independence of the judiciary .

He said: “It might interest you to know that since 2007, there is no Judge in this country including the Justices of the Supreme Court that has had his salaries reviewed upwards. It has been at that level since 2007 .

“They go to the same market, send their children to the same schools and operate under the same economy. Imagine somebody who is in that position who hasn’t had his salary reviewed upwards since 2007, you are simply preparing a condition and atmosphere for them to be tempted .

“And that is why we have to commend the Judiciary, we have to continue to support them. Of course, there are some bad eggs in the Judiciary but majority of them over 98 percent of them have held themselves high .

“They still operate above board and have remained responsible, honest and incorruptible despite all these challenges, despite the fact that they are not being properly catered for. For this I think the Nigerian Judiciary deserves to be commended and it is our responsibility to continue to protect them and speak for them .

“We have to protect our legal space, we have to make sure our young lawyers are well trained and their capacities are improved upon so that they can compete globally because we are in a global village. Today our competitors are not just the ones in Nigeria but also the ones all around major Countries and cities in the world .

“So it is only when we develop and improve our capacities that we will become globally competitive. And that is also how we can also benefit from whatever investment that comes into Africa. If foreign investors come in here and demand our services we should be able to provide the same services like our colleagues all over the world can offer”, he said .