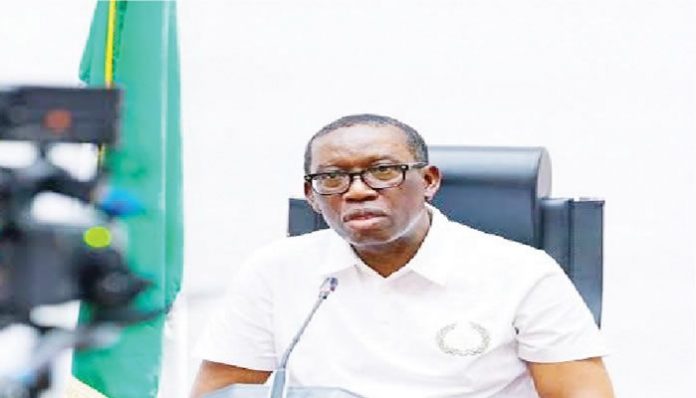 The Peoples Democratic Party Governors Forum, under the leadership of Governor Aminu Tambuwal, has felicitated with the party’s governors bestowed with the prestigious National Honours of Commander of the Order of the Niger, by the President, Major General Muhammadu Buhari (retd.) on Tuesday.

The forum stated that it was suitable that the nation has acknowledged the sterling attributes and the great contributions of the noteworthy and patriotic citizens of Nigeria.

A statement by the Director-General, PDP Governors’ Forum, CID Maduabum, noted, “Senator Ifeanyi Okowa had distinguished himself as a Senator and an administrator per excellence, having turned around the business, economic, social and political scenario of Delta State as a two-term governor, who raised the bar politically with his excellent performance as Vice Presidential candidate of the Peoples Democratic Party in the 2023 general elections.”

“Governor Darius Ishaku is a serving two term Governor of Taraba State where he has rendered impeccable services that have touched the lives of the people of the State in a remarkable way.

“He had also served at the federal level as a Minister, a position he held with distinction and currently a Senatorial candidate of the Peoples Democratic Party.

“Governor Ifeanyi Ugwuanyi is a serving and high performing Governor of Enugu State where he has enthroned peace, stability, social and economic transformation of the State. He was a long standing member of the House of Representatives and Chairman of its Marine Transport Committee. He is currently on the ballot for the Senate on the platform of the PDP.”

The trio were conferred the award on Tuesday at the International Conference Center, in Abuja.