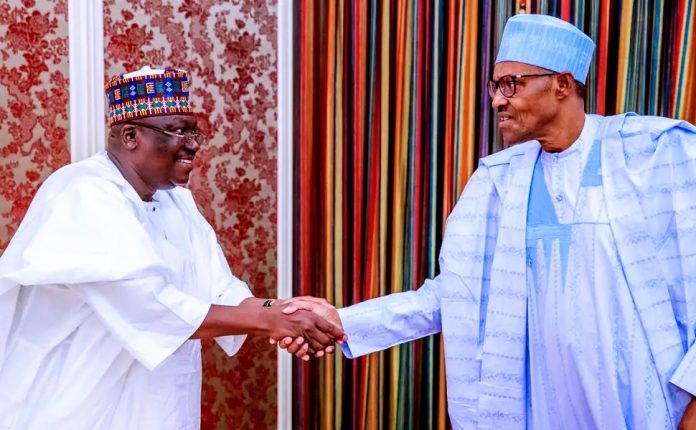 The nation’s public debt is set to rise further to N44.5 trillion, following the decision of the Senate, yesterday, to approve the $16.23 billion and €1.02 billion loans requested by President Muhammadu Buhari.

When executed, the fresh foreign borrowings approved by the Senate, combined with the $4 billion Eurobond loans, will increase the external loan component of the national debt further by 51 per cent to $54.87 billion from $33.47 billion at the end of June this year.By extension, this development, will increase the total national debt to N44.51 trillion from N35.47 trillion at the end of June this year.

While presenting a report yesterday, Clifford Ordia, chairman, Senate Committee on Local and Foreign Debts, said the projects which funds were equested for in the 2018-2020 borrowing plan are ongoing.Ordia said the projects will stimulate a “rebirth of commercial and engineering activities and the consequent tax revenues payable to Government as a result of these productive activities will increase.

“It will be recalled that the Senate at plenary in July 2021 approved financing for projects as recommended by the committee above, while the committee continued further legislative action and consideration of the outstanding request.

“Subsequently, on September 15, 2021, the President of the Senate of the Federal Republic of Nigeria read another communication from the President and Commander-in-Chief of the Armed Forces, containing an addendum to the 2018-2020 External Borrowing (Rolling) Plan in the sum of $4,054,476,863, €710,000,000 and Grant Component of $125,000,000 for various projects and same was also referred to the committee for further legislative action.

“The committee notes that a good number of the projects in respect of which financing is being requested under the 2018-2020 external borrowing (rolling) plan are mostly ongoing projects and programmes in respect of which external borrowed funds have been spent in the past, including loans and grants.“The committee found as a fact that out of a sum of over $22.8billion approved by the National Assembly under the 2016-2018 external borrowing rolling plan, only $2.8billion, that is 10%, has been disbursed to Nigeria.“The committee observes that these projects, some of which require additional financing, will have a great multiplier effect on stimulating economic growth through infrastructure development, job creation, poverty alleviation, health care and improve our security architecture.”

The World Bank, African Development Bank and the French Development Agency, AFD, are among the funding agencies.

Though President Buhari said the loans would stimulate the economy and create jobs, there have been widespread concerns over the sharp increase in nation’s public debt especially the foreign component which has foreign exchange implications in terms of debt servicing.

For example, the Monetary Policy Committee (MPC)  of the Central Bank of Nigeria (CBN) in January 2019 raised concerns over the external debt increase.

Speaking at the end of the MPC meeting in January 2019, CBN governor, Mr. Godwin Emefiele, had said: “On external borrowings, committee noted the increase in the debt level advising for caution, noting that it could fast be approaching the pre-2005 Paris Club exit level.”

Speaking further on the committee’s position, the Emefiele said the committee was not in any way neither condemning nor saying external borrowing was wrong but that adequate care must be taken to avoid a debt trap.

Also, Chairman of the Committee, Professor Doyin Salami, in a presentation, titled “The State of the Economy,” expressed concern about the nation’s debt profile.

He stated that the country’ N35.47 trillion public debt was unsustainable, even though the country’s debt-to-Gross Domestic Product, GDP, ratio at 35 per cent seemed comfortable.

Salami’s position, was supported by another member of the committee, Bismarck Rewane, who is also the Chief Executive Officer, CEO, Financial Derivatives Company (FDC).

In an exclusive interview with Vanguard, Rewane averred that every Nigerian should be concerned because the FG is taking risk with borrowing.

Rewane cautioned against reckless borrowing, stressing that continuous borrowing, if not complemented by increase in government revenue, would push the country towards a ‘fiscal cliff’.

He said: “Our debt profile has risen 21 percent over the past five years and this is somewhere around 156 per cent increase and it is not even up to today. If you add it up to today it would have increased further.

“This is just as at end of last year. And in this same period our GDP has just increases in an average of 0.15 per cent per annum. And our revenue has only expanded by five percent on this same period resulting in our debt service cost, the ratio of revenue getting close to 100 per cent. This is where we need to start getting concerned.

“We have issues around Ways and Means. While the realities that we face may seem unavoidable, I hold the view that the level of borrowing is not inevitable because our debt is growing faster than GDP. And debt service fee is growing faster than revenue which means that if we do not reverse the trend, we will enter what we call the debt trap which means the point of no return.”