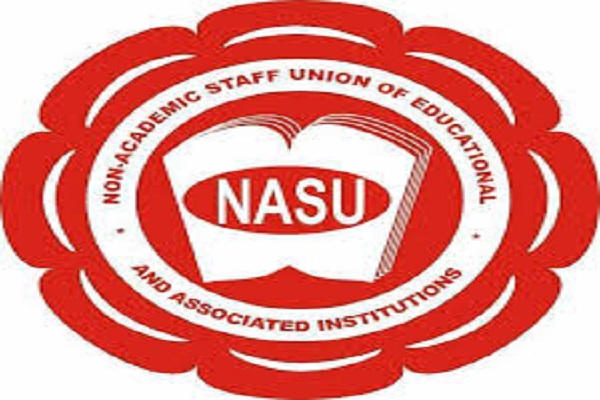 Members of the Non-Academic Staff Union of Educational and Associated Institutions, NASU, has expressed concern over refusal of some state governments to remit deducted pension funds to workers’ Retirement Saving Account, RSAs.NASU members at their National Executive Council, NEC meeting in Abuja, also faulted non-enactment of pension law by state government, saying it was aimed to further impoverish the workers at retirement.

In a communiqué at the end of the NEC meeting, members called for the review to the Pension Reform Act, PRA, to increase the lump sum benefits to 50 per cent, arguing that the current 25 per cent lump sum benefits paid to retirees on retirement was too meagre for the start-off of the retiree on retirement.NASU in the communiqué by its President and General Secretary, Dr Makolo Hassan and Prince Peters Adeyemi, respectively, said NEC-in-Session notes the decision of the Federal Government to fully comply with the provisions of the Pension Reform Act, PRA, 2014.

This is based specifically on the President’s approval of the payment of Outstanding Pension Accrued Rights for verified and enrolled retirees of treasury-funded Ministries, Department and Agencies, MDAs; payment of 2.5 per cent differential in the rate of employer pension contribution for Federal retirees and employees, which resulted from the increase of employer’s contribution to 10 per cent as provided for in the Pension Reform Act, PRA 2014, and funds made available for settlement of the two stated liabilities.

“NEC-in-Session expresses dismay at the greed, avarice, and self-centeredness of our political ruling class as exemplified by the unfairness and lack of concern for the welfare of workers, pensioners and taxpayers by majority of state governors, past and present, to the pension of employees of states and local governments they superintended over.

“These political leaders have been able to, within a very short period of time, with the assistance of their State Houses of Assembly provided for themselves, bloated “pension,” allowances, which include houses, bullet-proof vehicles, domestic and security aids and provisions for medical tourism, which they smuggled into the statute books of their states in the name of pension rights for political office holders or whatever names so called.

“NEC further notes that there are still state governments without pension laws for their workers, thereby leaving their retirees in abject poverty and destitution. Even some of the states that have enacted laws are not complying with pension laws of their states by not remitting both employees and employer’s pension contributions to employees’ Retirement Savings Accounts, RSAs, with Pension Fund Administrators, PFAs.“NEC observes that the current 25 per cent lump sum benefits paid to retirees on retirement is too meagre for the start-off of the retiree on retirement.

“NEC-in-Session, therefore, calls on all employers of labour, especially state governments, who are guilty of the above stated observations on pension of their workers, to desist from such acts and take all necessary actions to protect the pension rights of their employees. NEC further calls for the review to the Pension Reform Act, to increase the lump sum benefits to 50 per cent.” respect.”