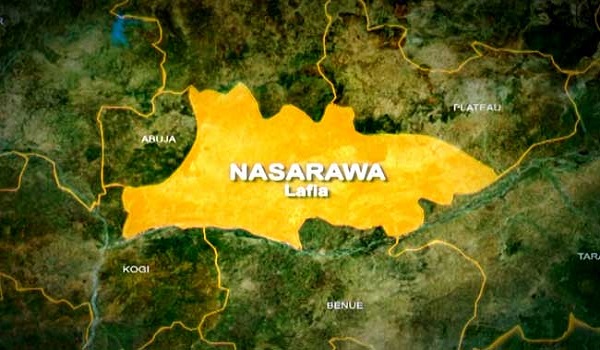 The Nasarawa State Police Command says it has arrested one Bako Anjeh, a 36-year-old man, for raping a 17-years-old girl to death in the Nasarawa-Eggon Local Government Area of the state.

In a bid to make her weak, the suspect forced the victim to drink gramoxone, a chemical used for killing grasses, before proceeding to have carnal knowledge of her.

The Police Public Relations Officer of the command, Ramhan Nansel, disclosed this while speaking in Lafia on Sunday.

He explained that officers of the Nasarawa police command tracked down the suspect and arrested him after a complaint was lodged at the Akwanga Area Command by the victim’s father, Mr. Dimka Sarki, that his daughter was lured and defiled by the suspect, who hails from Angam village, Akun Development Area of Nasarawa Eggon LGA.

He said, “A complaint was lodged at Akwanga Area Command by one Dimka Sarki, that one Bako Anjeh lured his daughter to his room and tried to have unlawful carnal knowledge of her. The suspect hails from Angam village in Akun Development Area of Nasarawa-Eggon Local Government Area.

“When she refused, he forcefully gave her gramoxone, a chemical substance used in killing grasses, to drink, which made her weak then. He proceeded and had carnal knowledge of her.

“Upon receipt of the complaint, Police operatives attached to Akwanga Area Command swiftly moved to the scene and got the suspect arrested.

“The victim was taken to Ola hospital in Akwanga LGA for medical treatment where her statements were taken before she later died at the same hospital and the corpse was deposited there for post mortem examination.”

The PPRO said the Commissioner of Police, CP Adesina Soyemi, has directed the suspect to be charged to court for prosecution after the investigation is concluded at the State Criminal Investigation Department in Lafia.

Widow in police net for dealing in illicit drugs