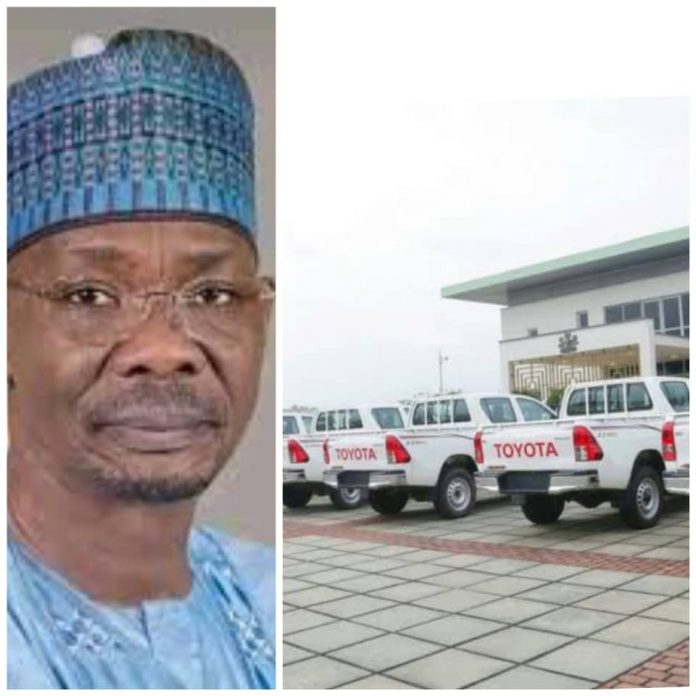 In a bid to ensure improved security across the 13 Local Government Areas of Nasarawa State, Governor Abdullahi Sule has donated 42 vehicles to security agencies and traditional rulers in the state.

Speaking while handing over the vehicles to the beneficiaries at the Government House, Lafia on Wednesday, Sule said the gesture was in line with his administration’s commitment to continue to support the security agencies and traditional rulers in the fight against insecurity.

He explained that the state government recently received intelligence report that bandits were planning to launch attack on some government institutions, which was why he ordered the closure of all primary and secondary schools across the state.

“The donation of these vehicles is part of my administration’s commitment to supporting security operatives.

“I want to thank them and the traditional rulers for their continued support, and my administration will continue to support them to ensure improved security in the state,” the governor added.

Meanwhile, the reconciliatory committee, which was recently set up to reconcile aggrieved members of the All Progressives Congress in the state, has submitted their report to the governor for implementation.

Presenting the report on Wednesday, Chairman of the committee, Hassan Liman, said the committee met with over 95 per cent of the aggrieved members, who left the party after its recently conducted primary elections, to pacify them to return to the party.

He expressed confidence that if the report was fully implemented by the governor, it would help the party emerge victorious in the 2023 general election.

Receiving the report, Governor Abdullahi Sule thanked the committee for their sacrifice in ensuring that all aggrieved members of the party were reached.

He promised to ensure that the report was fully implemented and urged all the APC members and supporters in the state to remain calm while the issues raised are addressed.

Anambra to commence implementation of anti-open grazing law in September