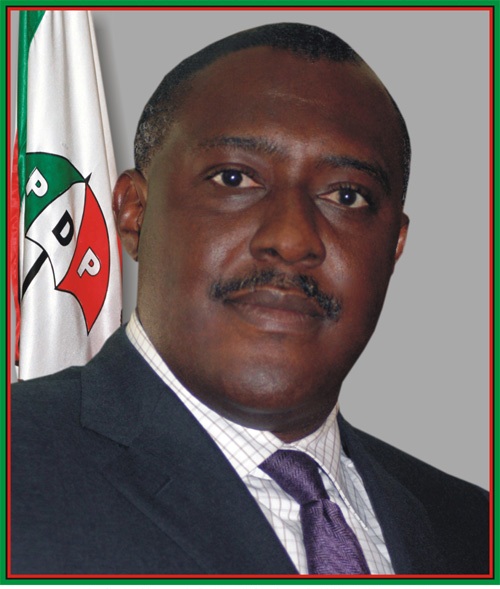 The former National Publicity Secretary of the Peoples Democratic Party (PDP), Chief Olisa Metuh, has accused Chief Robert Clarke (SAN) of distorting facts and making spurious assertions regarding him in his on-going trial in the court.

Metuh, in statement by his Media Aide, Richard Ihediwa said, Clarke, in an interview, falsely asserted among other things, that Metuh was given ‘billions of naira’ by the ‘last regime’ to promote his party while attempting to link the ongoing case to corrupt enrichment, which is not the charge in the court.

“We find it very curious that Clarke left the subject of the interview, which were solutions to issues of agitations by IPOB and political restructuring, to rather engage on media trial of Chief Metuh’s case with unfounded assertions,” the statement said.

It said Clarke had earlier faulted the charge by the EFCC that Chief Metuh ‘ought to have known’ that the N400 million released to him by former President Goodluck Jonathan for an approved special national assignment, and which was carried out under the instruction and directives of the then President, came from an alleged unlawful activity of the former National Security Adviser (NSA) and Jonathan’s aide, Col Sambo Dasuki (rtd)

According to Ihediwa, the SAN is aware of the facts in Metuh’s case, that he (Metuh) was not given billions of naira and that he is not charged with corrupt enrichment.

“To read from the same man that Metuh collected billions of naira to promote his party is most disappointing. We are thus at a loss as to the intentions of a respected lawyer of Chief Clarke’s age, standing and experience at the bar, to engage in media trial and making unsubstantiated assertions when he is aware of the harm associated with such distortions.”

The statement said, “Chief Metuh had had cause to report such orchestrated media trials and misrepresentations including those by the EFCC to the court and for which the court issued stern reprimands. Apart from distortion of court proceedings, there has been bandying of figures and several false reports including claims that he chewed his statement while in the custody of the EFCC, only for EFCC witness to deny same in court,” the statement added.

Metuh, the statement said is expecting Clarke to retract his statement and desist from such in the future, adding that the former PDP spokesman is at liberty to use legitimate means available within the law to address such as he has maintained his comportment in pursing his case, despite his manifest ill-health, believing strongly that justice will prevail in the end.